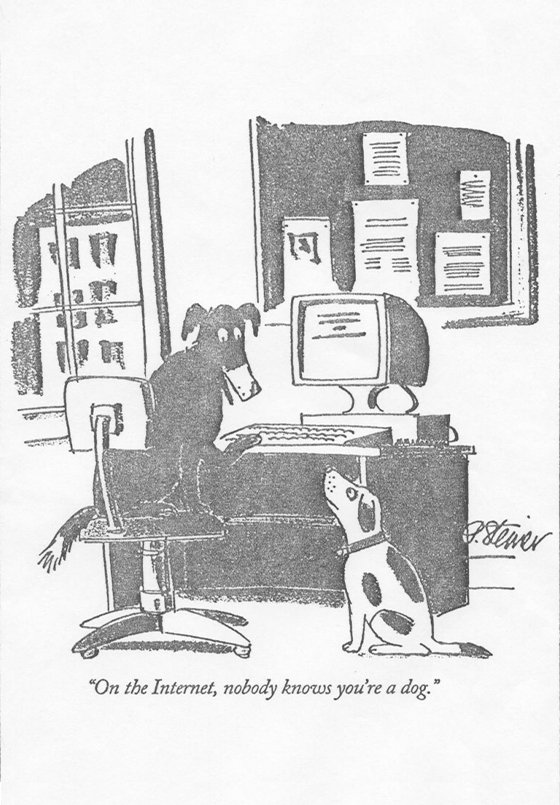 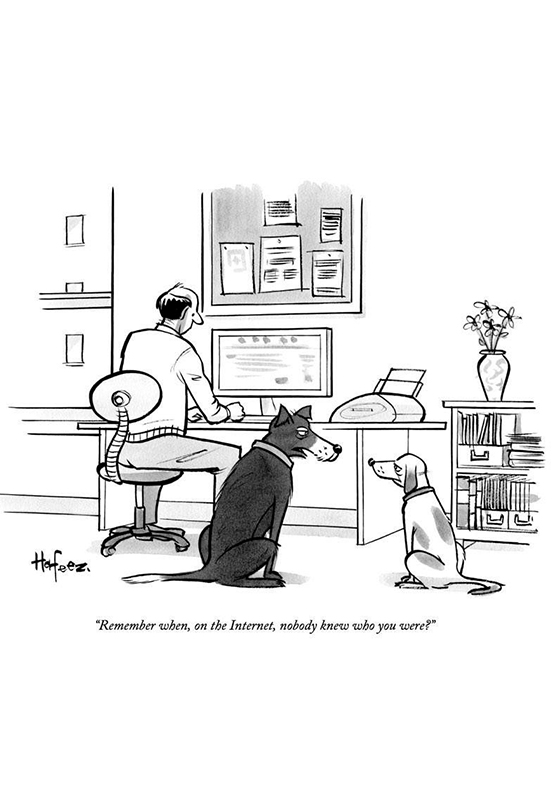 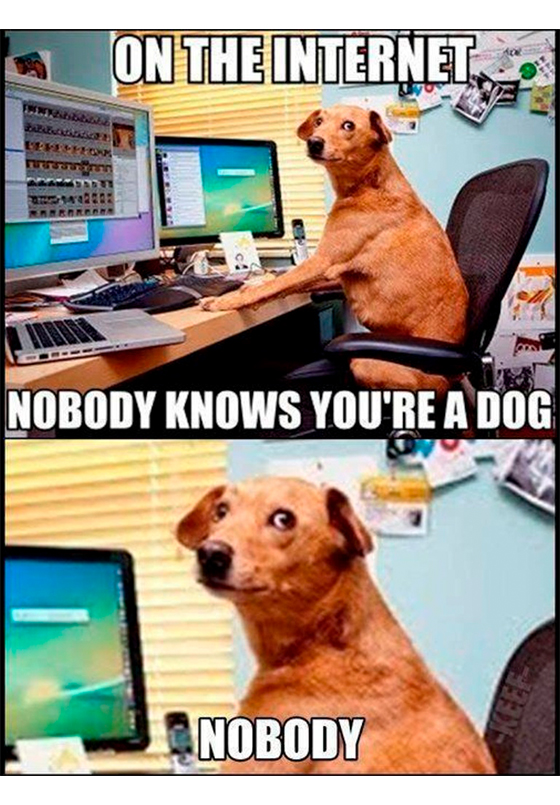 On the Internet, nobody knows you’re a dog is a cartoon created by Peter Steiner and published by The New Yorker in 1993. Its simple and ironic representation of one of the Internet’s more controversial foundations —anonymity— made the image very popular, becoming an icon by the end of the century. By 2013, it was the most reproduced cartoon from the well-known American magazine in its history.