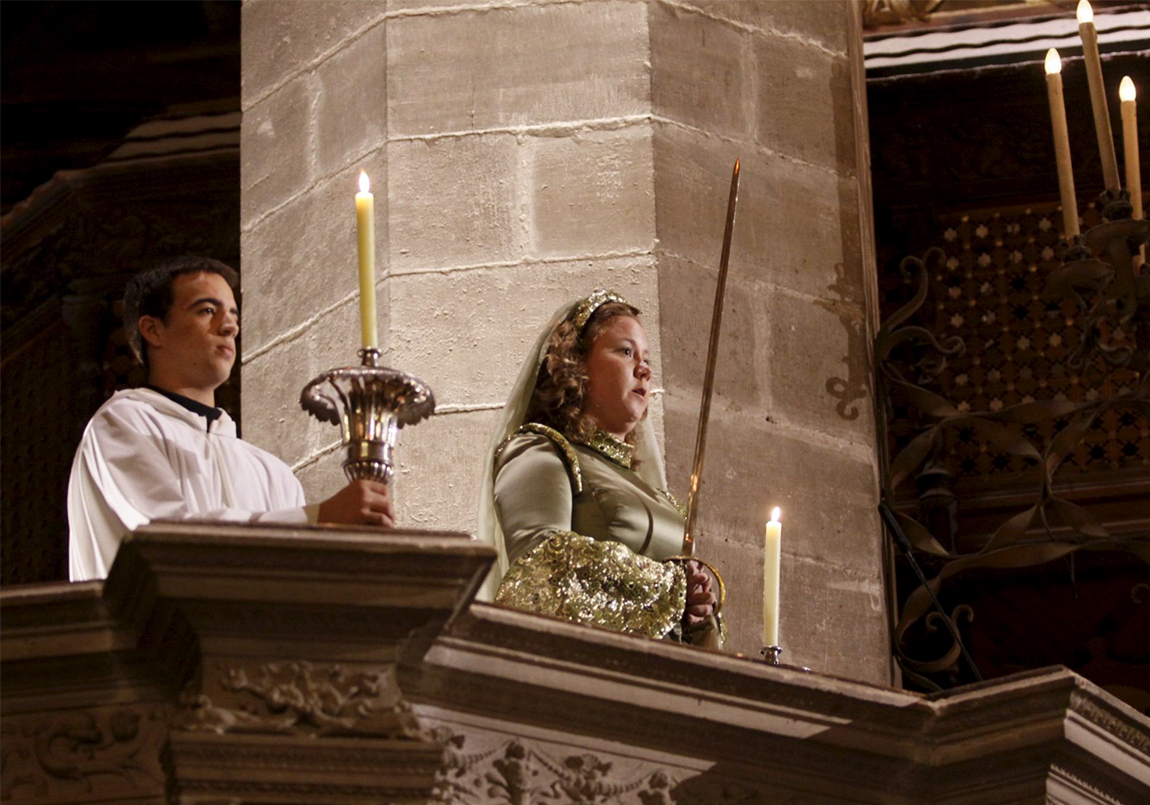 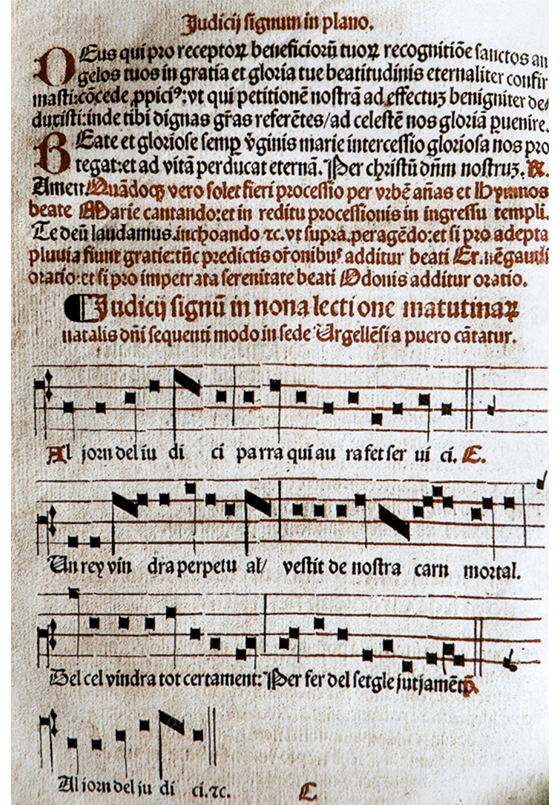 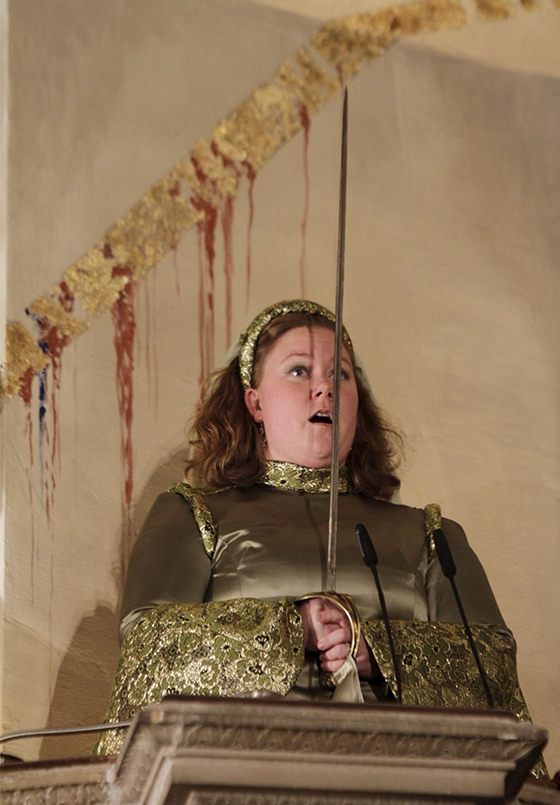 El Cant de la Sibil·la (The Song of the Sibyl) is a liturgical drama of pagan origin. Very popular in southern Europe in the Middle Ages, it disappeared in the 16th century due to the pressure of the Council of Trent, being preserved only in Mallorca for centuries. It is sang a cappella before the Rooster’s Mass, in Christmas Eve, and it announces the arrival of the Messiah and prophesies the Apocalypse. It is currently represented in many churches of Catalunya following its recovery and popularization at the end of the 19th century. Watch it.