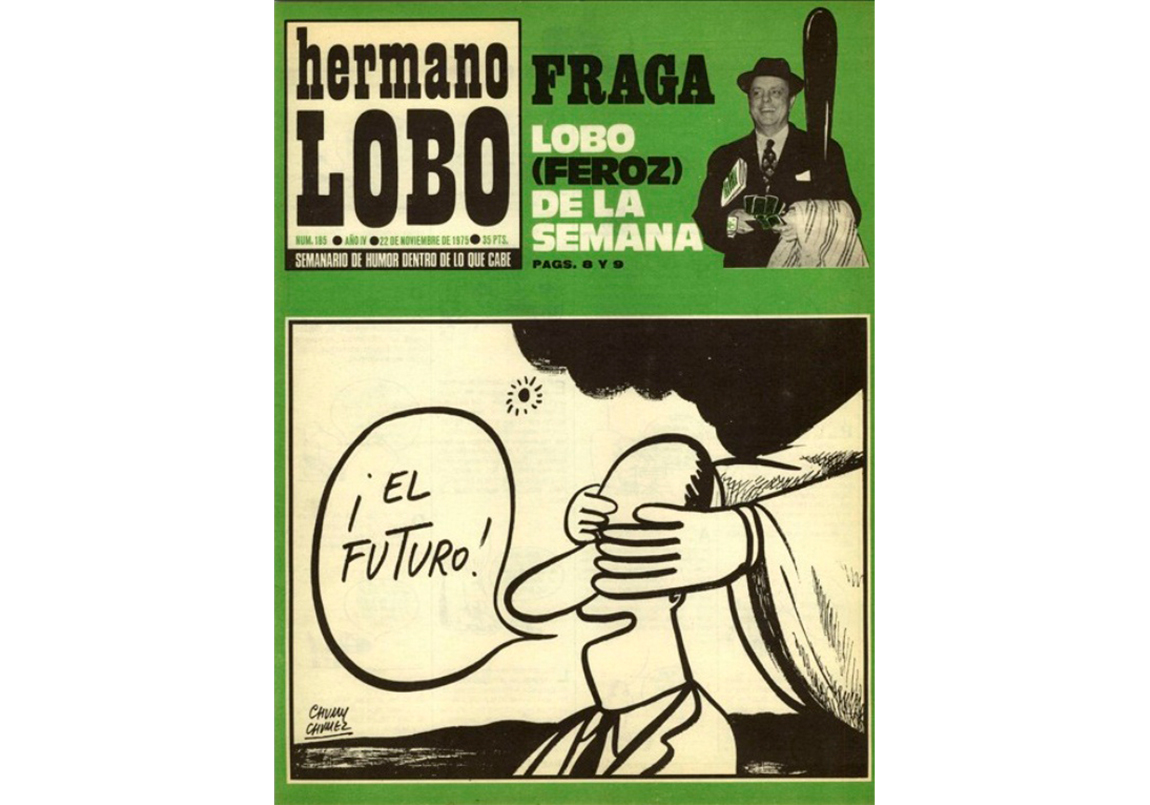 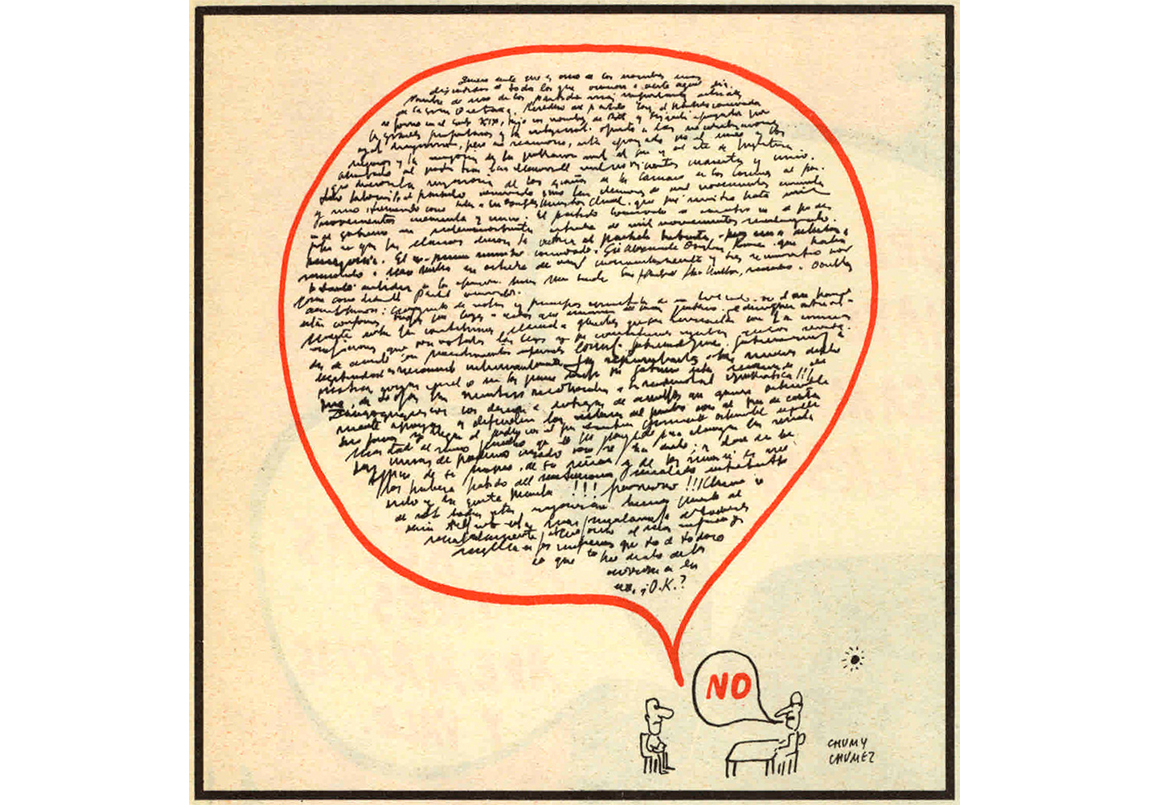 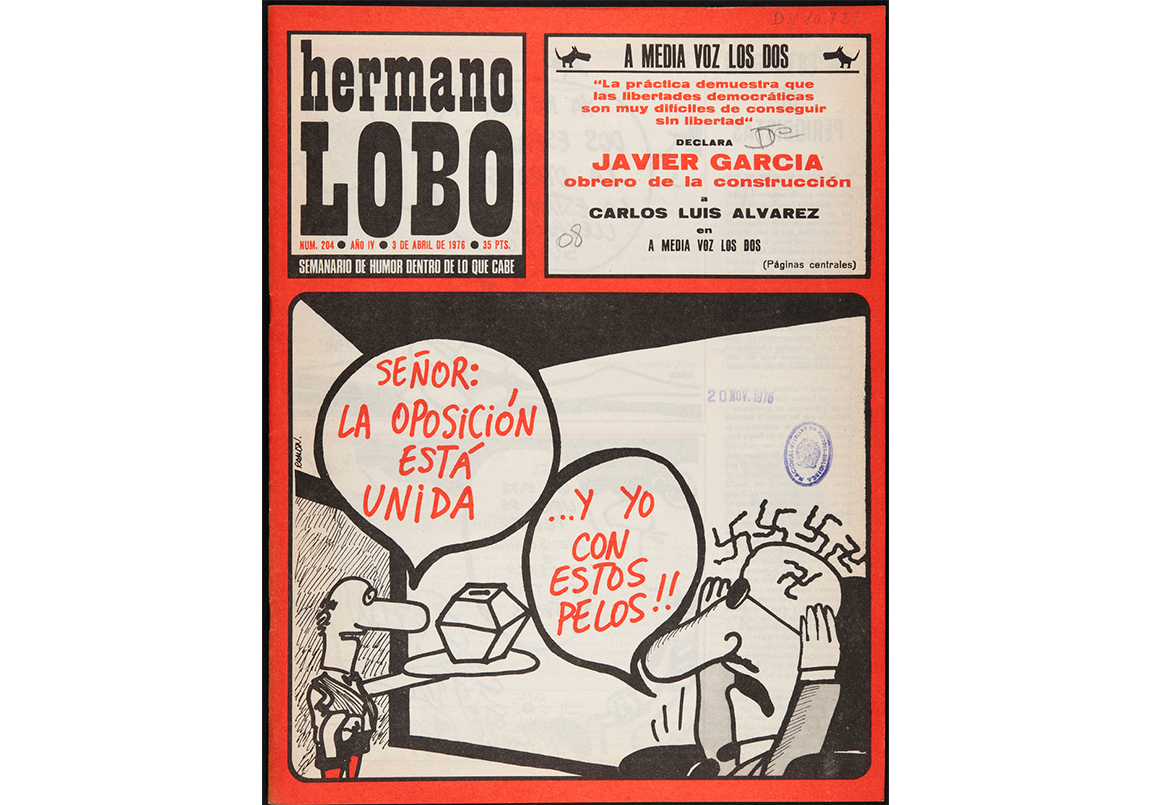 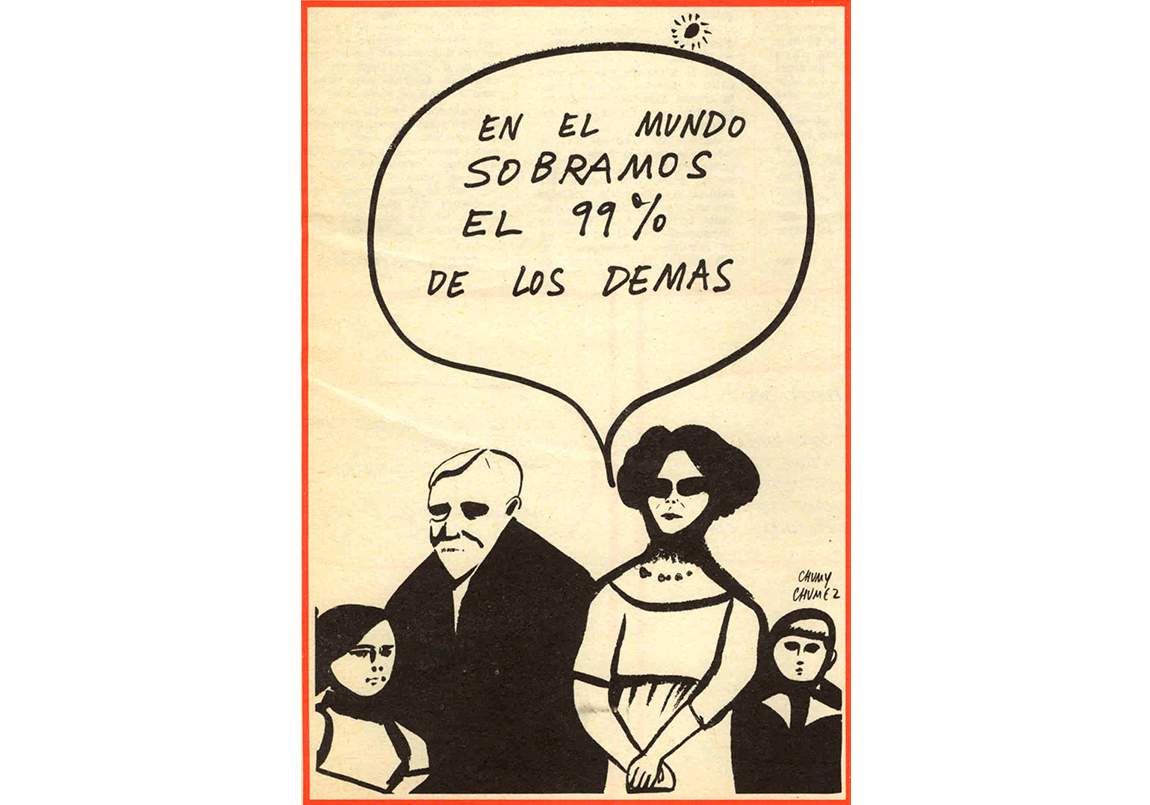 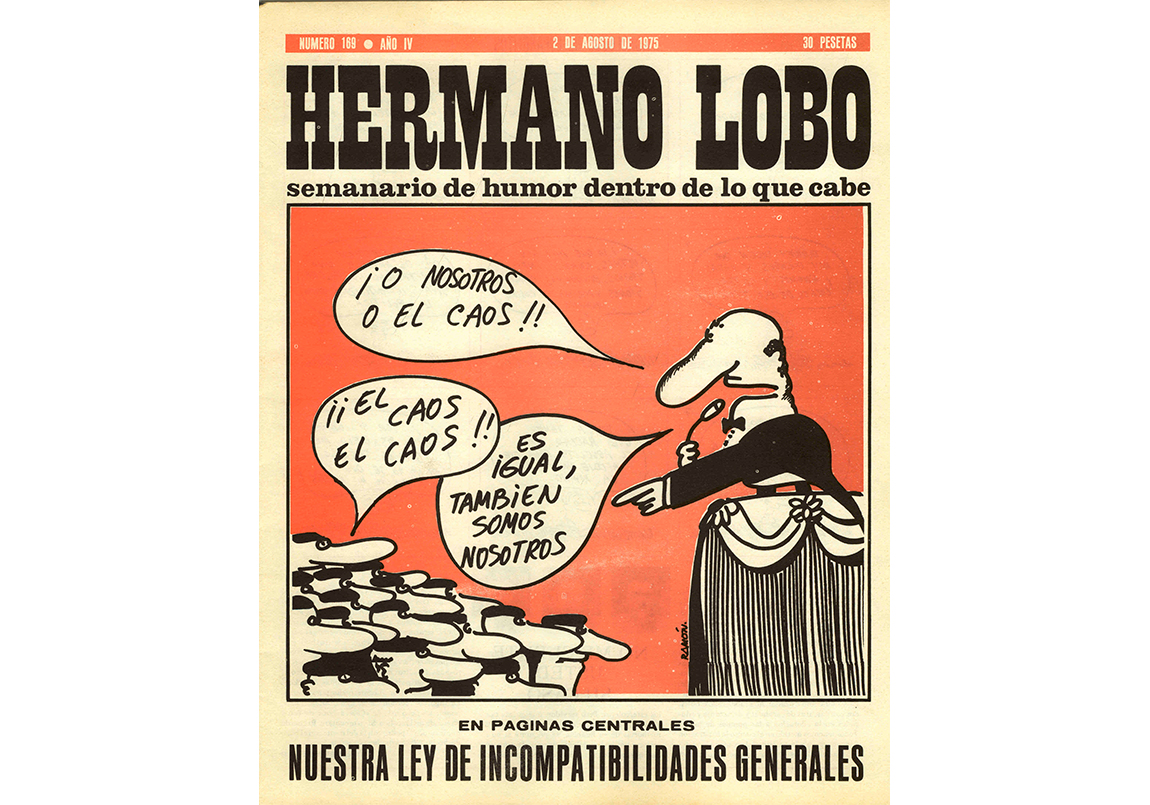 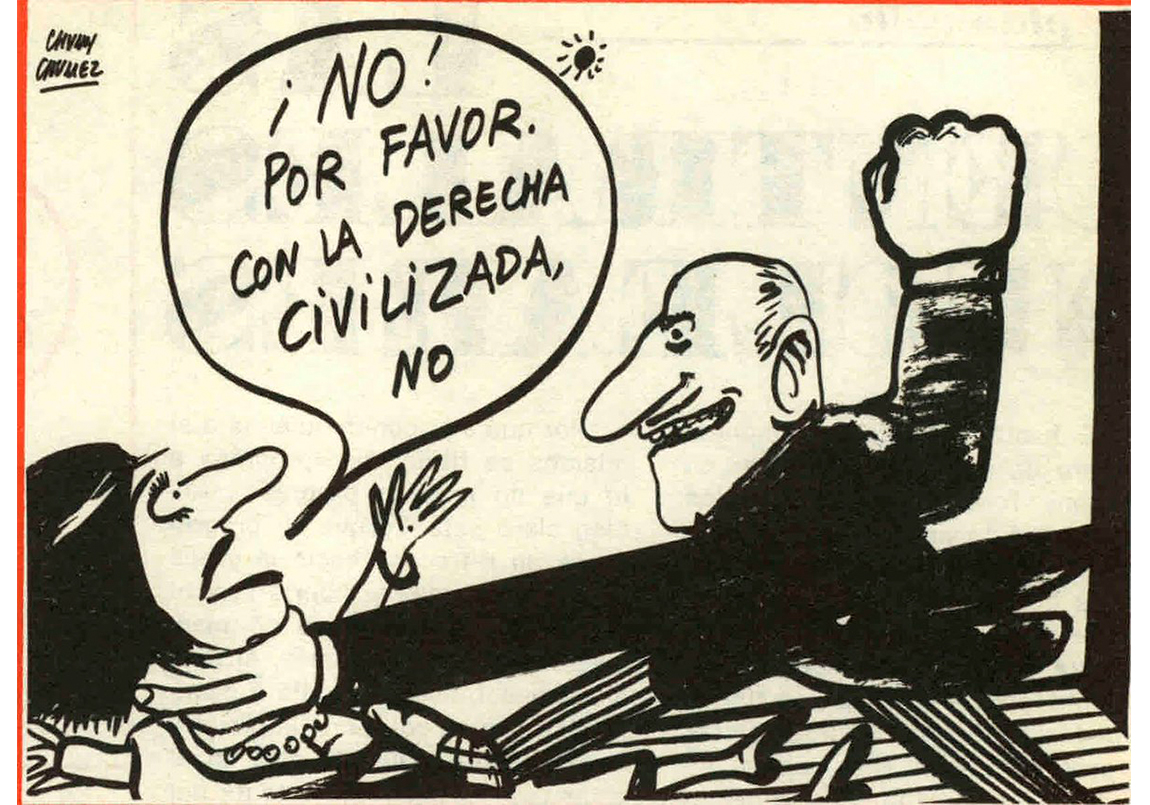 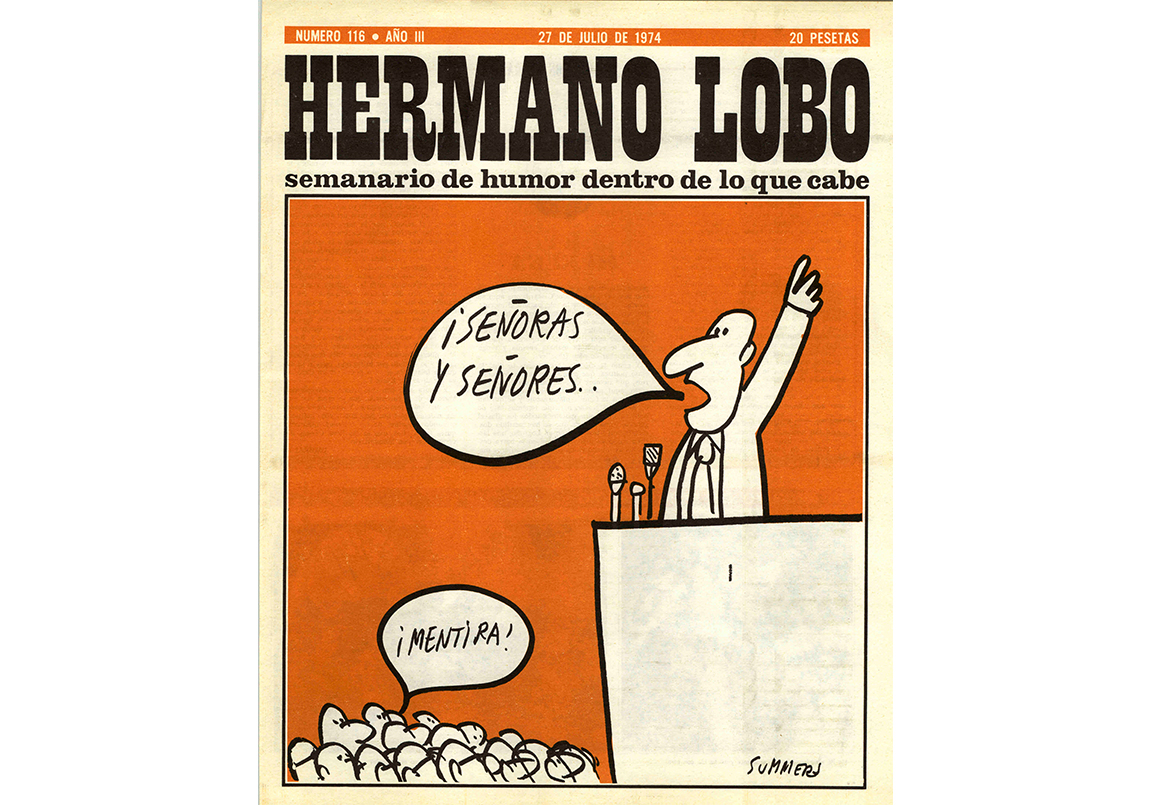 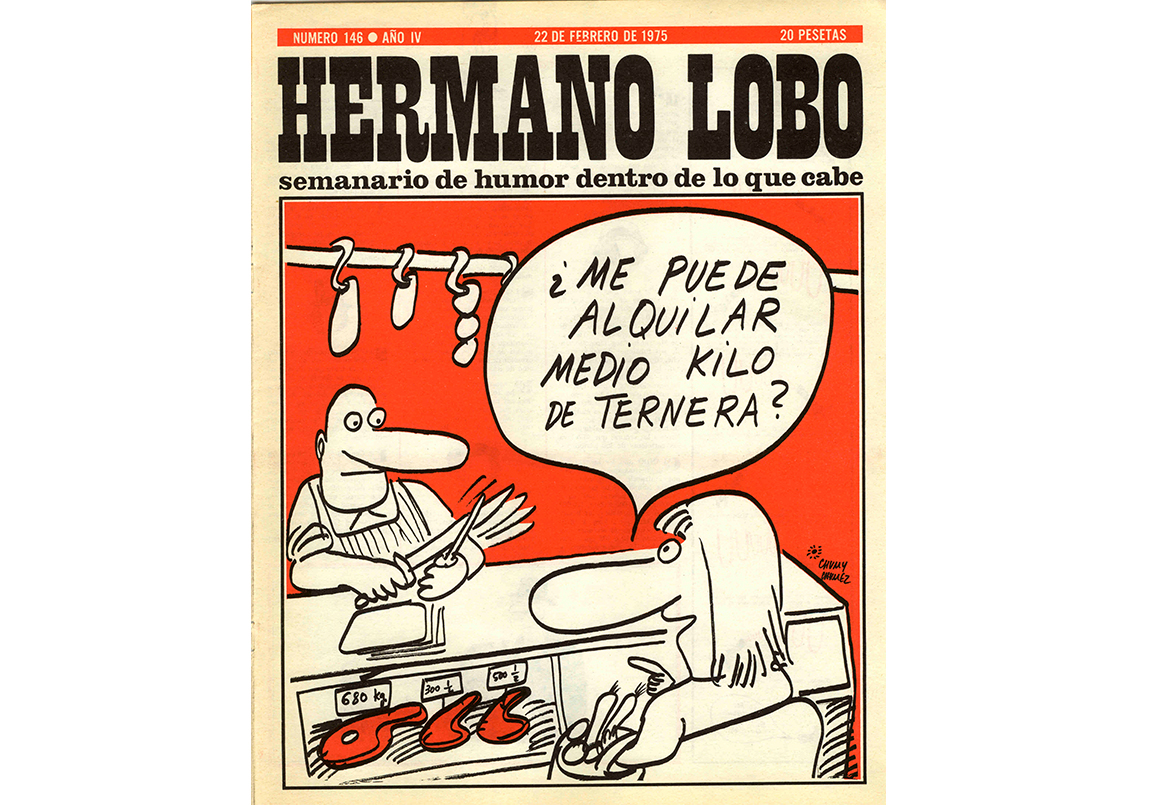 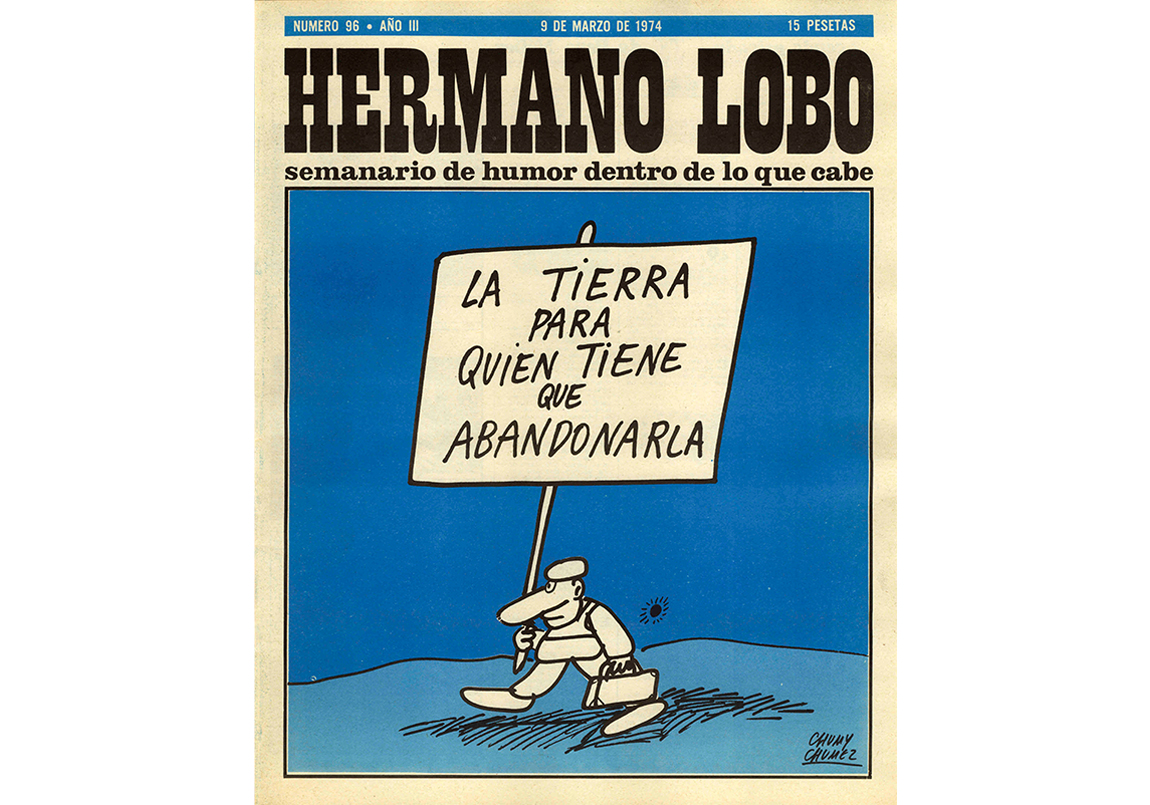 Founded in 1972 by Chumy Chúmez and Manolo Summers, Hermano Lobo was inspired by Charlie Hebdo and became the political humor magazine in the late franquism. Its editorial team was exceptional: illustrators like Forges, Ops, Perich, Summers or Quino writers such as Umbral, Vázquez Montalbán or Manuel Vicent. The publication, that existed until 1976, was full of cruel and smart humor and was presented in an exquisite edition of a two-ink newspaper.