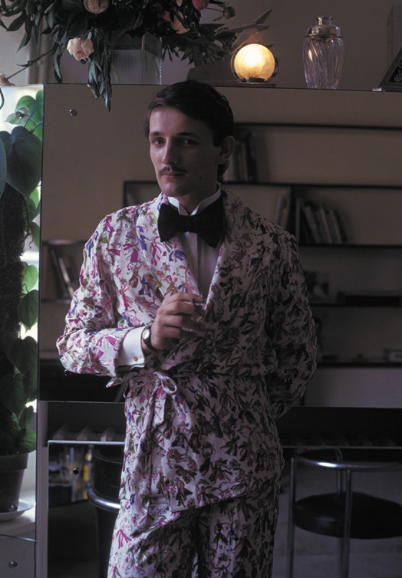 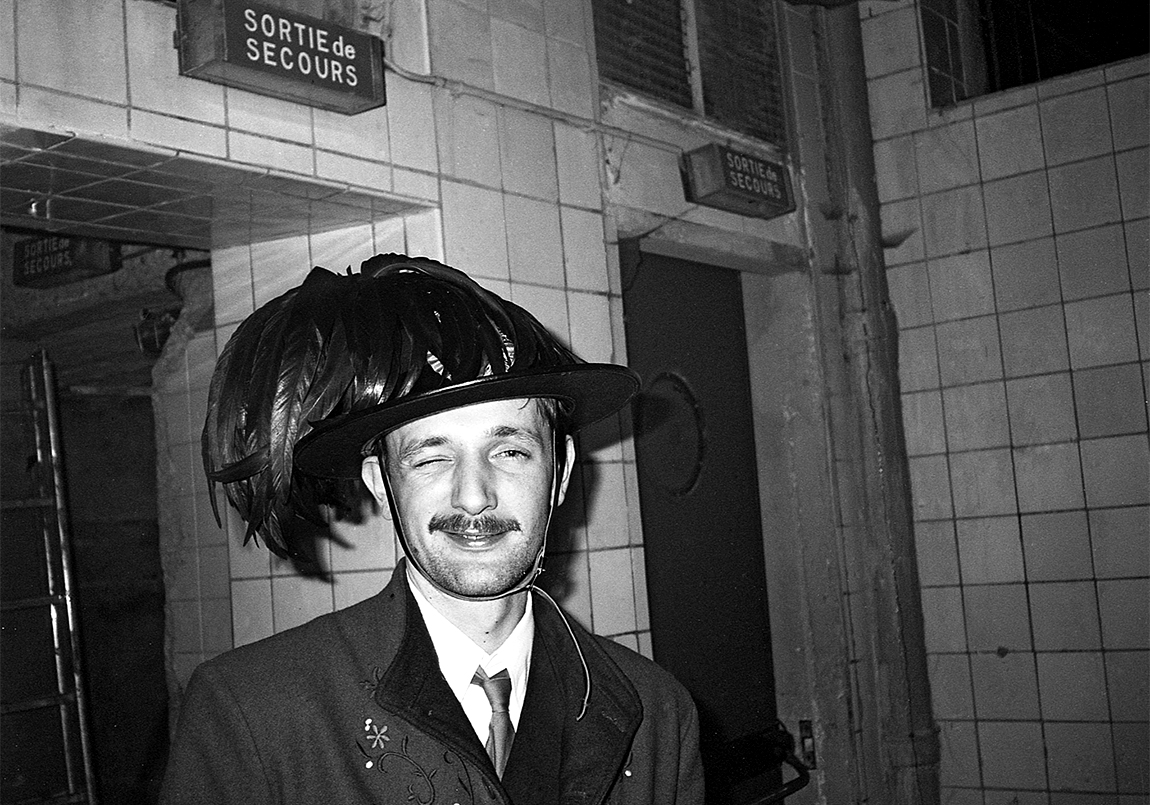 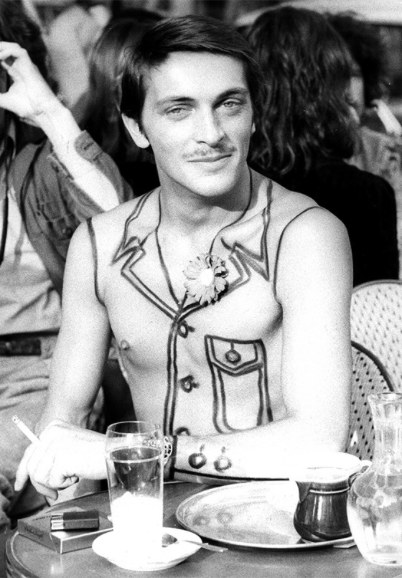 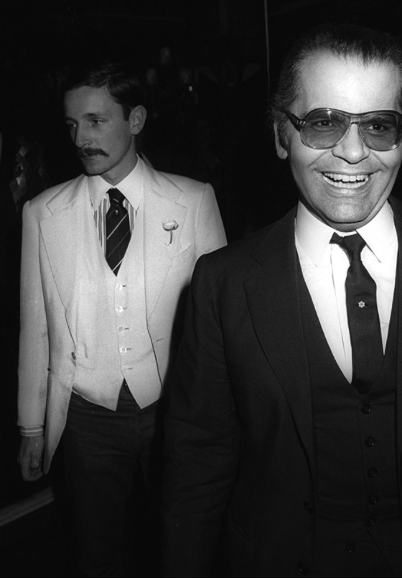 Jacques de Bascher, Karl Lagerfeld’s partner and Yves Saint Laurent’s lover, was someone straight out of a book; one written by himself. Flaunting his distinctive moustache, he would dress as like a character from Proust or Visconti and his hedonism and dazzling social life made him the king of glamour in the Paris of the 70s and 80s. A friend to Paloma Picasso, Mick Jagger, Loulou de La Falaise and David Hockney, among others, De Bascher also gave himself several fake aristocratic titles.