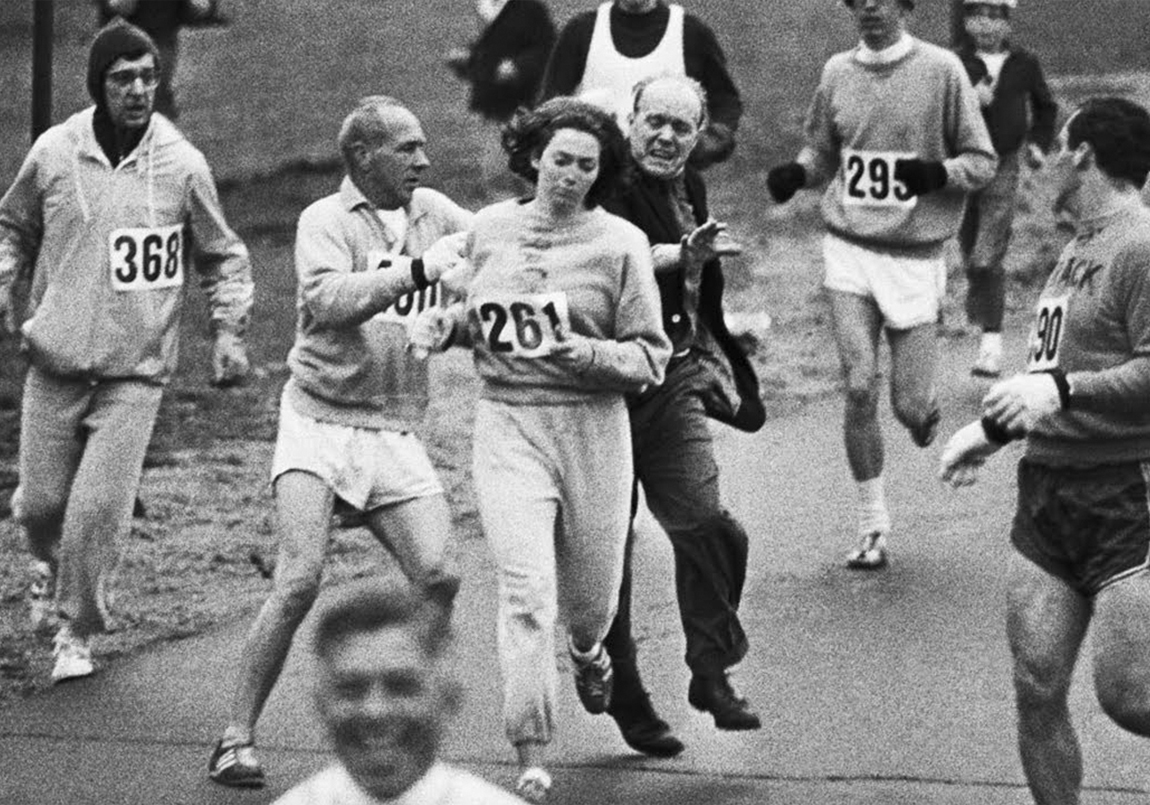 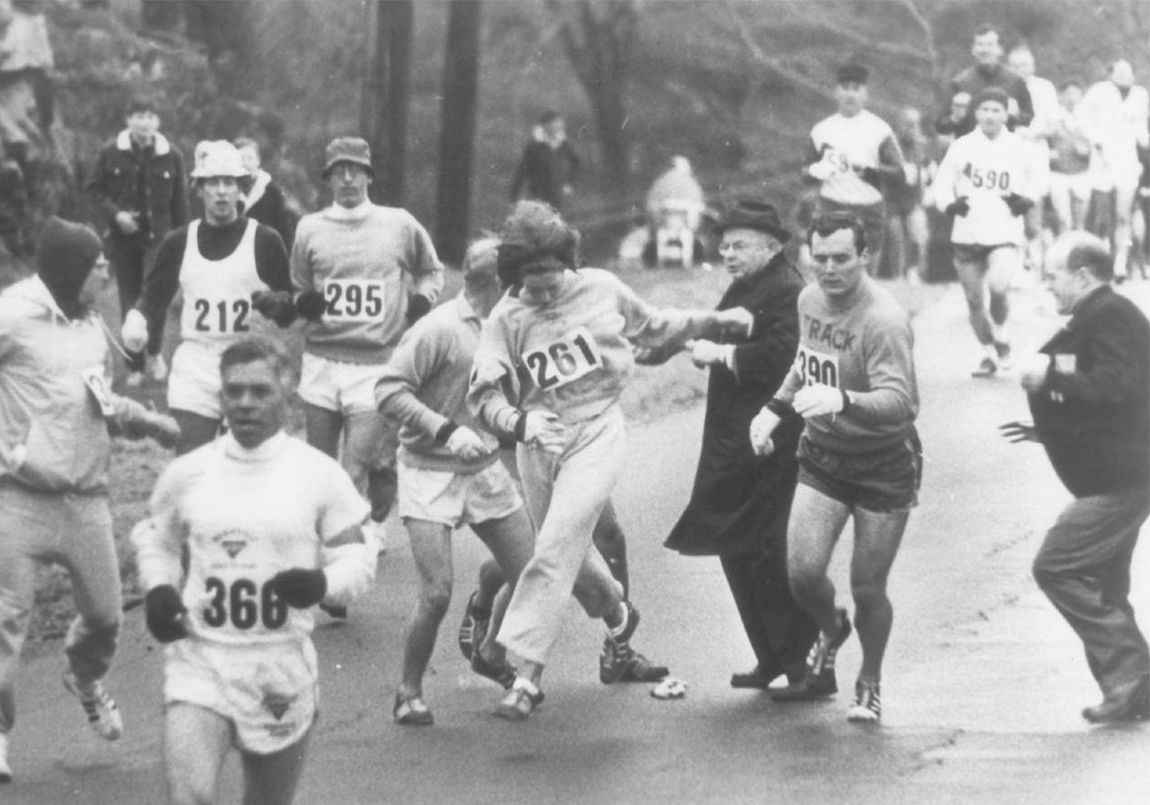 In 1967, Kathrine Virginia “Kathy” Switzer became the first woman to run the Boston Marathon as a numbered entry. She had to register under the gender-neutral name “K. V. Switzer” to get her number. During her run, race official Jock Semple attempted to stop Switzer while shouting “Get the hell out of my race and give me those numbers!”; however, and thanks to the support from other runners, she could finally complete the race. It wasn’t until 1972 that women were allowed to run the Boston Marathon oficially.