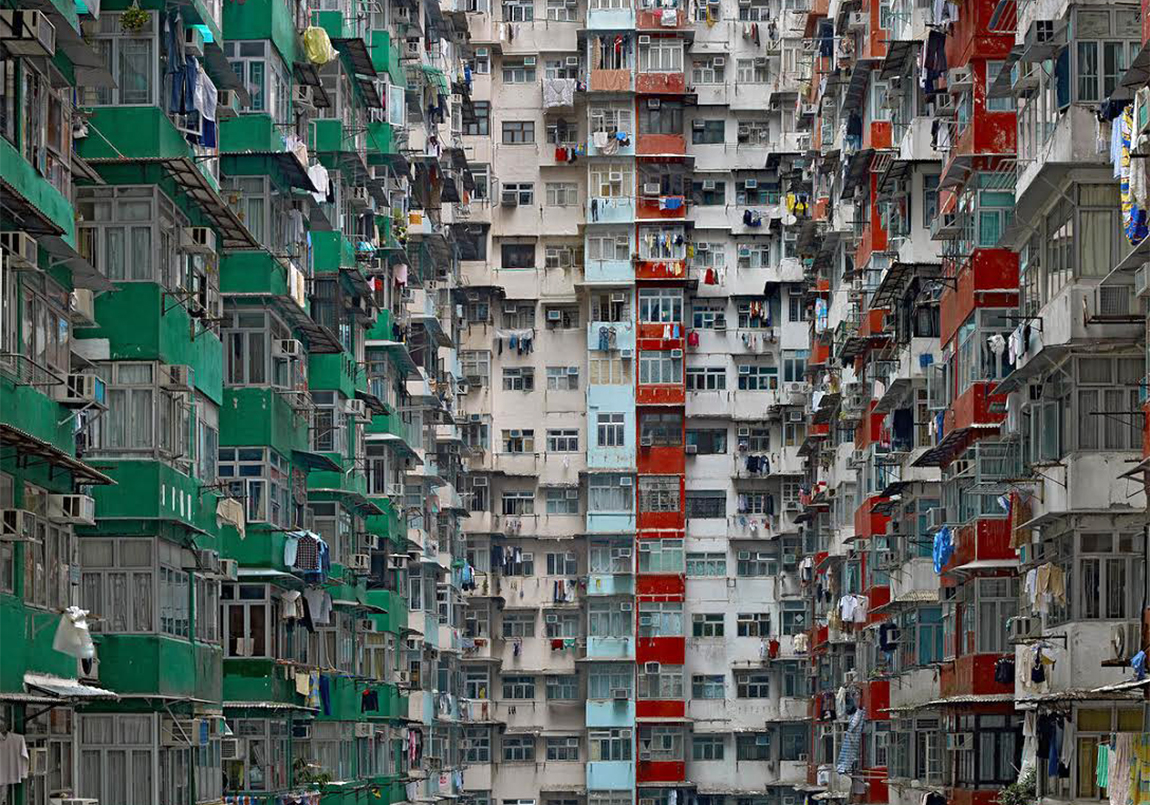 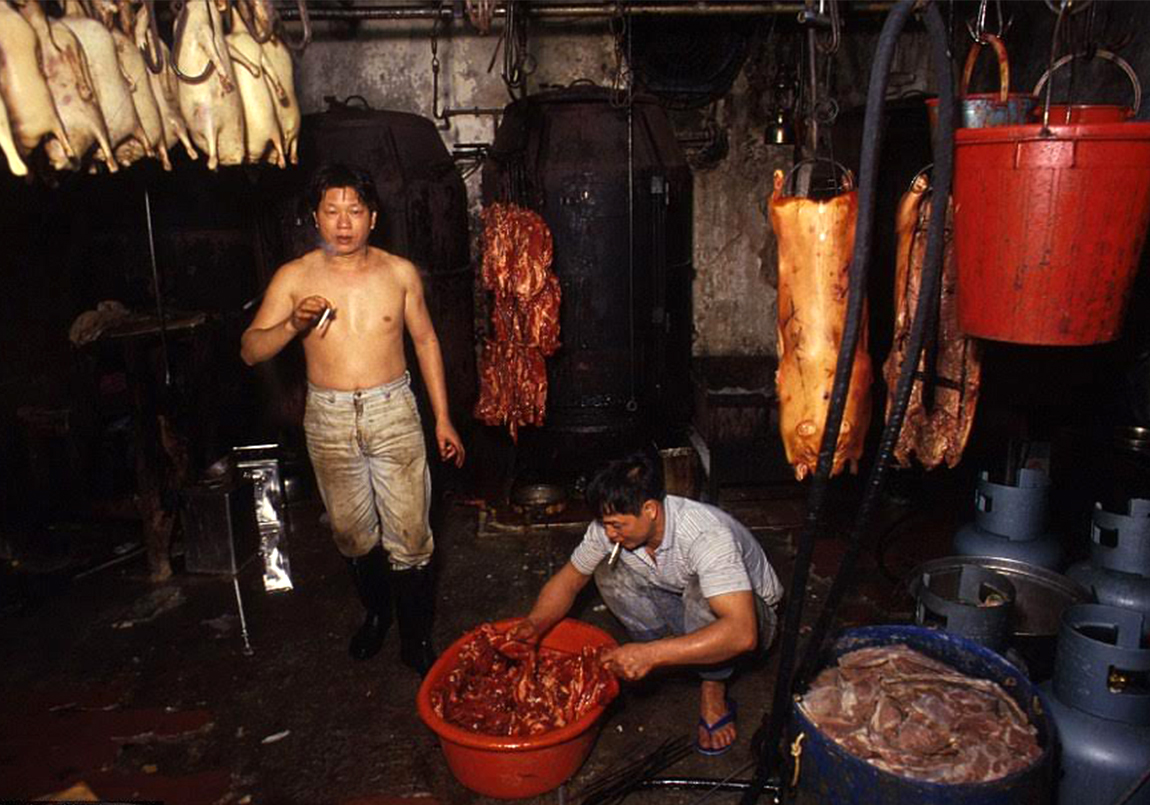 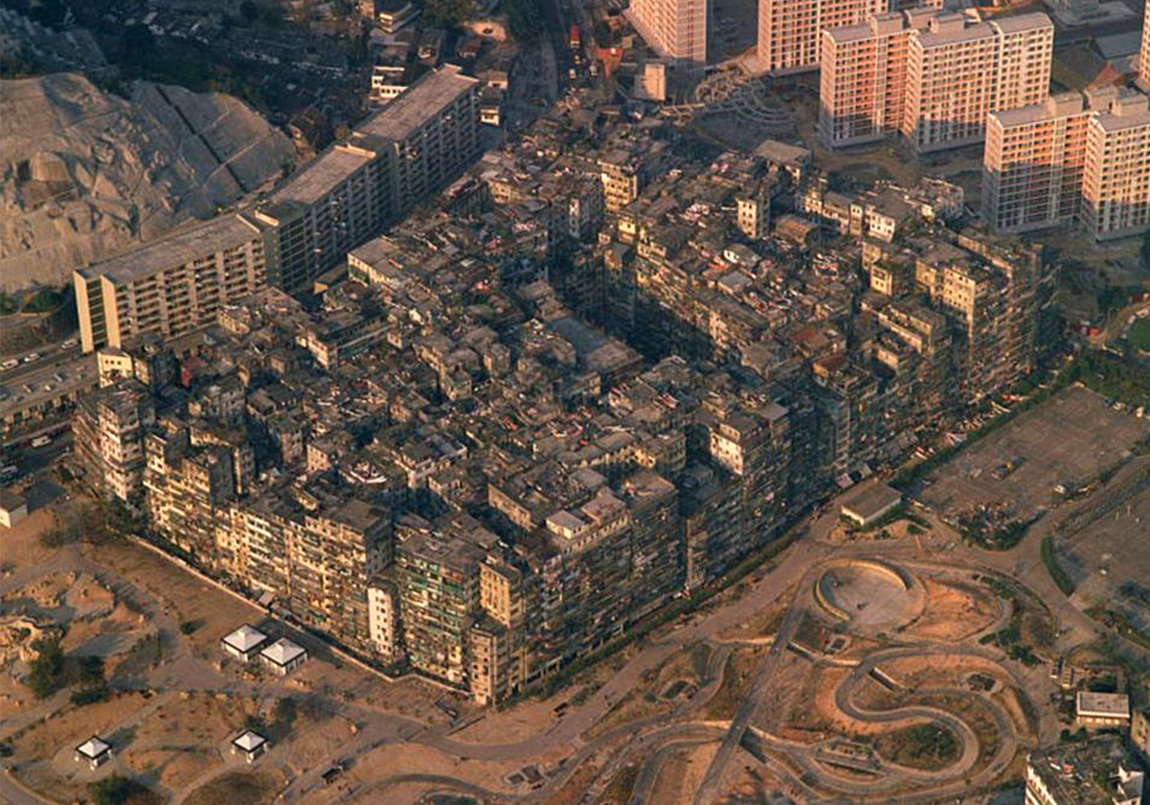 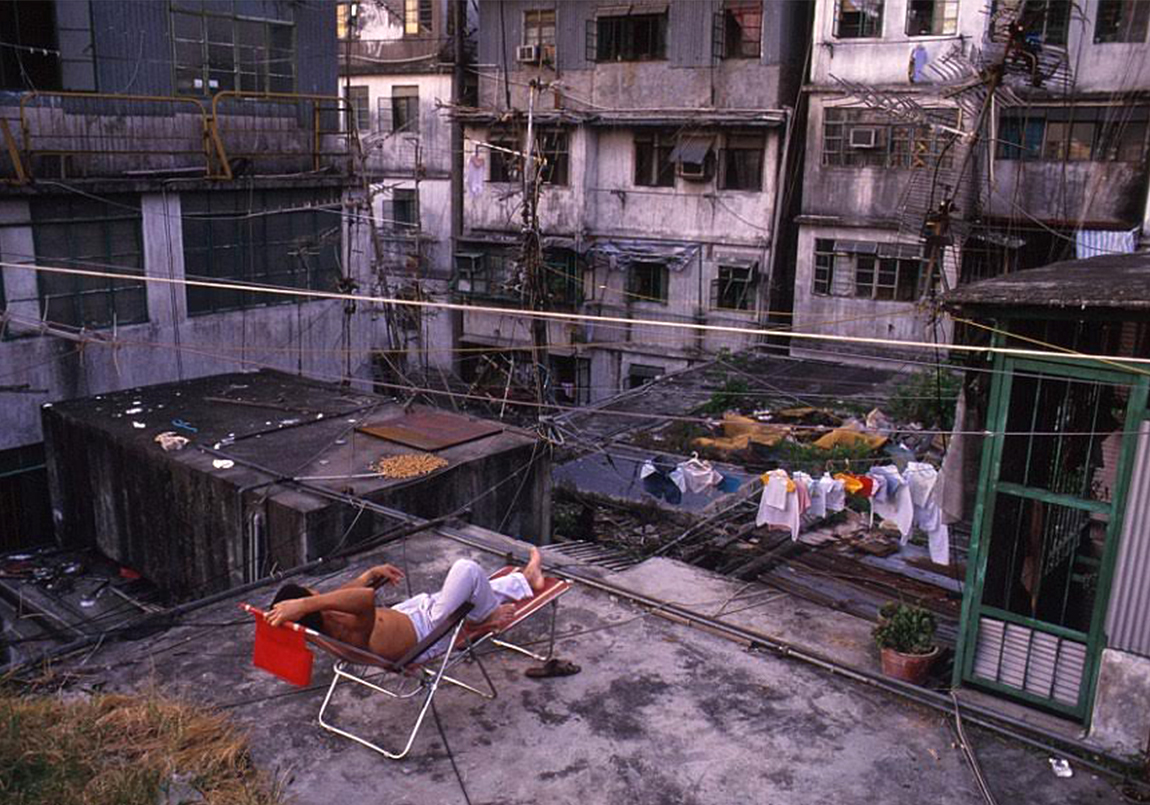 The city of Kowloon was a surveillance point against pirates. The British controlled it, yet it formed part of China. After the Second World War the mafias took control. It was the densest city in the world, also in dentists, who could practice without a license. Its tall buildings blocked out the sunlight for the pedestrians below, giving it the nickname The City of Darkness. It was illuminated by fluorescent tubes, and exposed electrical systems. It was demolished in the 80’s.