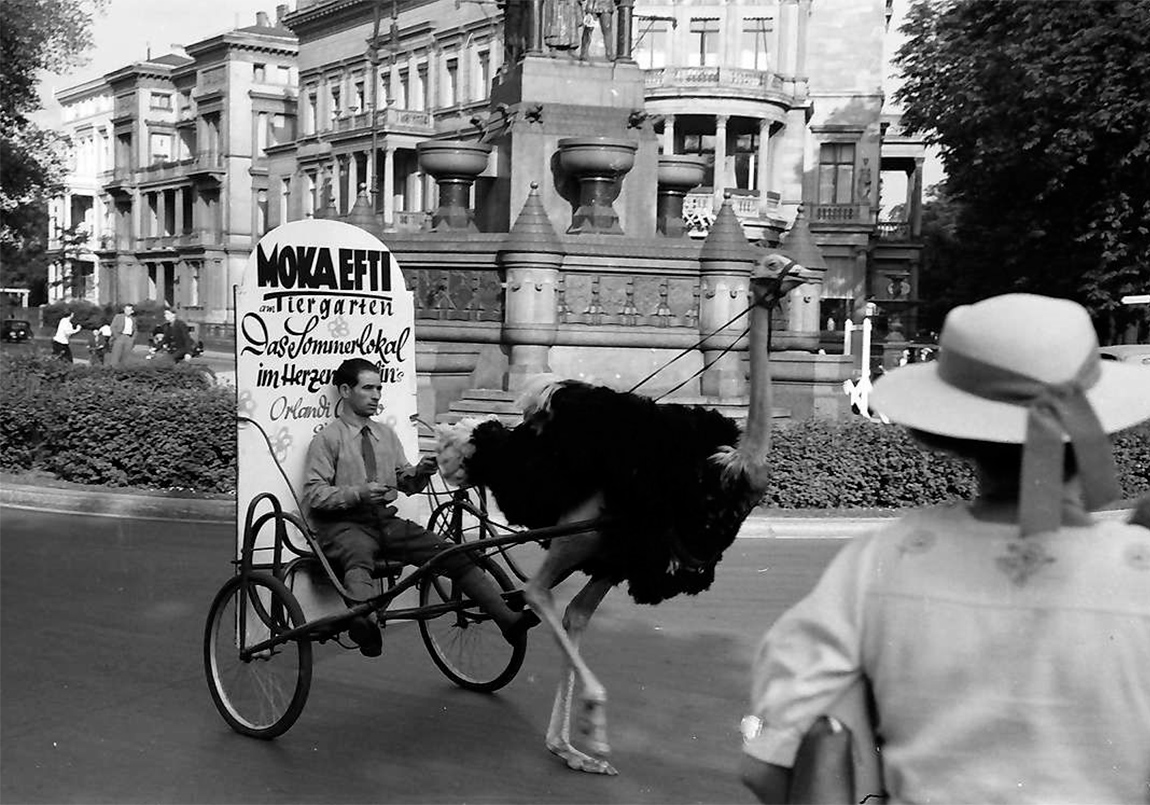 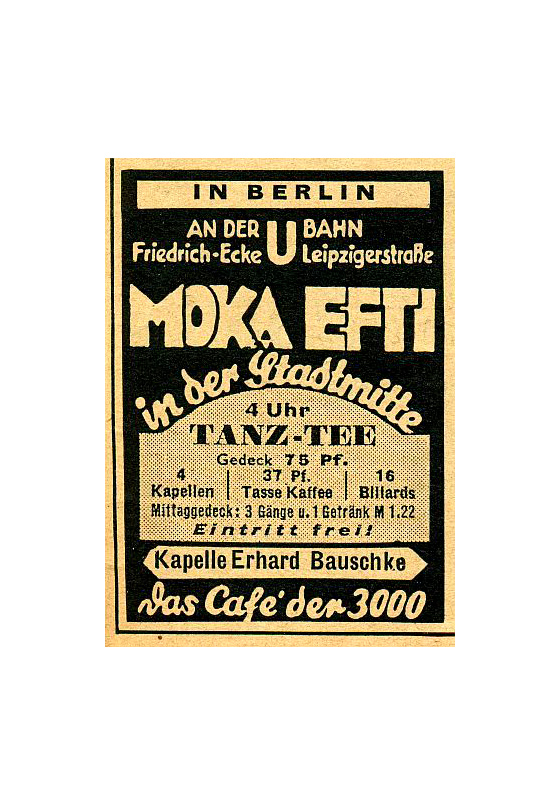 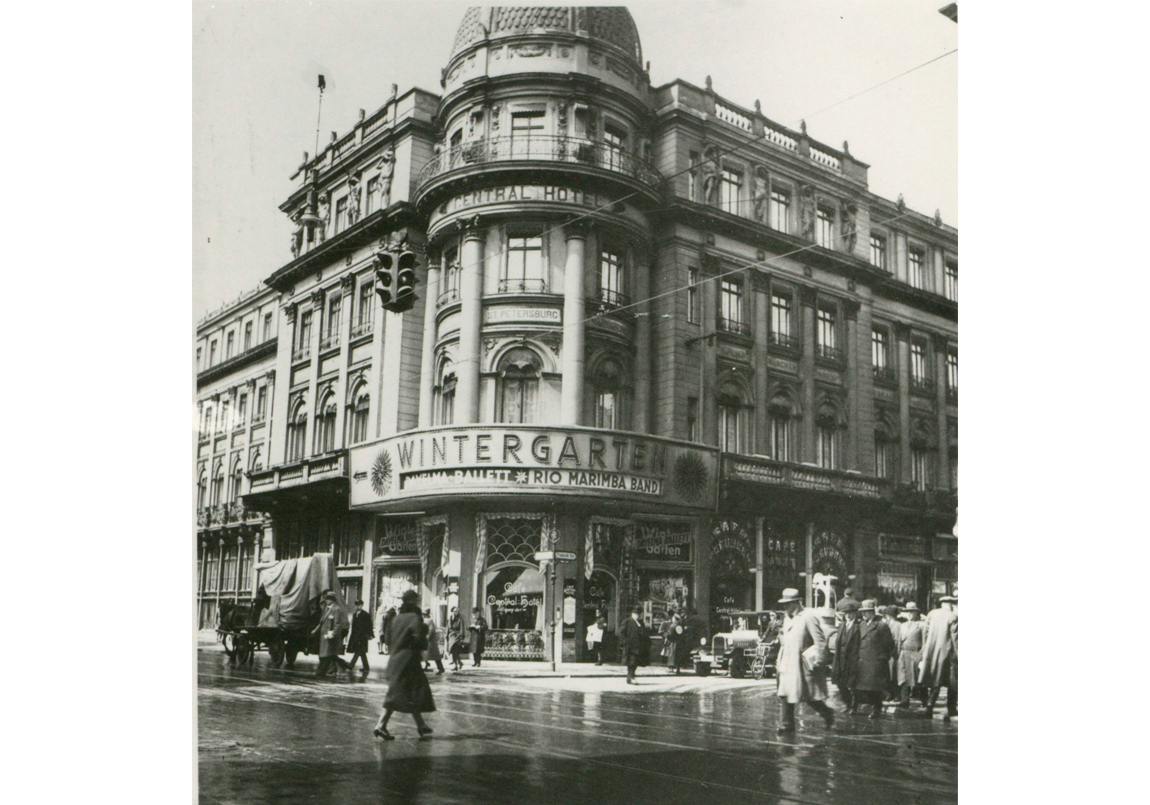 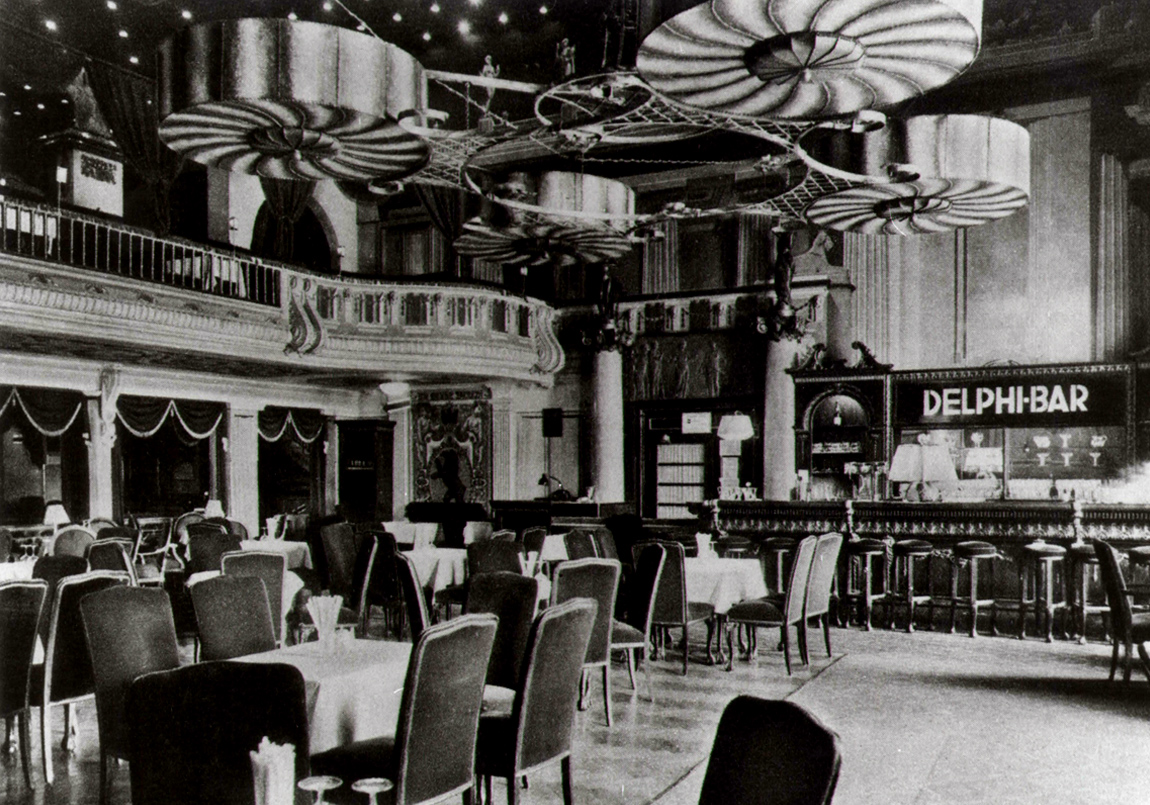 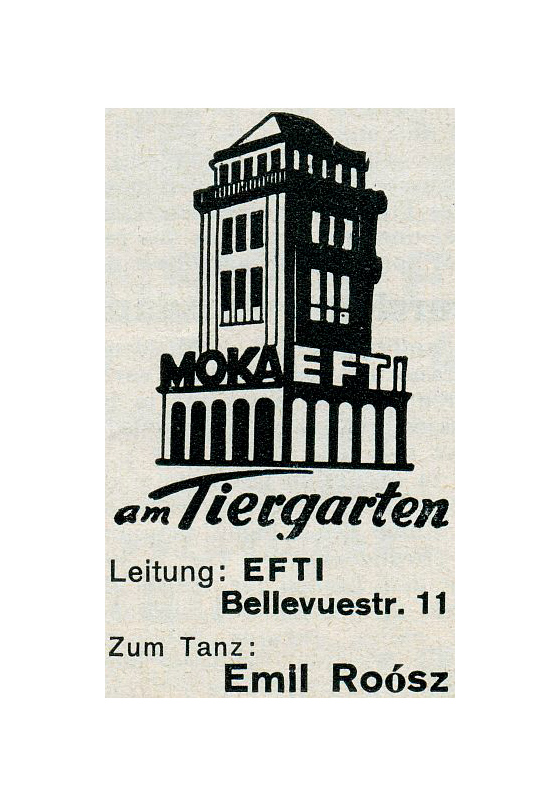 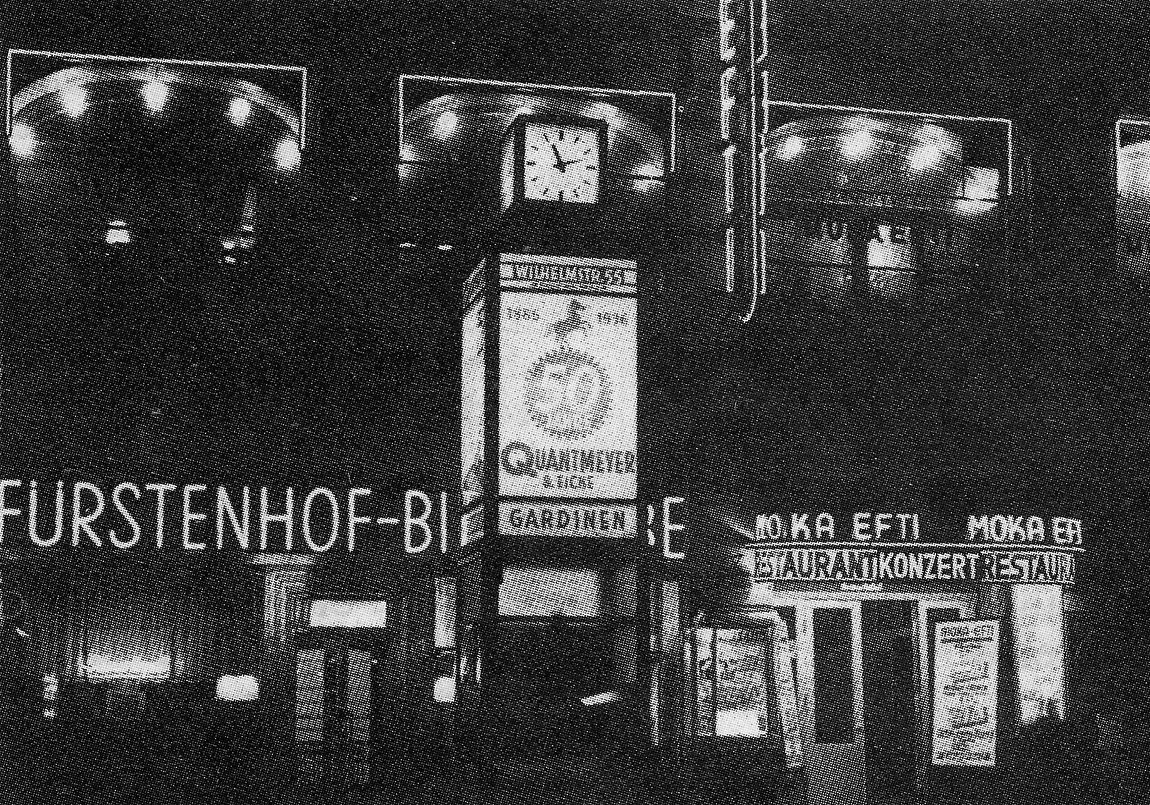 Moka Efti is the name of two dancing establishment in Berlin which opened in 1926 and 1929, just between the two world wars. The two spaces sumed up to 2800m2 distributed in concert and dancing halls, bars, restaurants serving exotic specialties, cafés and shops. The eclectic interior —with mirrored and marbled surfaces, waterfalls and exotic birds— reflected the euphoric spirit of a time were many social conventions were broken down and more freedom in art, literature and music was gained. Soon it became the most successful club in Berlin, serving 25.000 cups of coffee a day. Until prohibited by the Nazi regime, Ragtime, Tango, Charleston and Swing were the standard music program. Both Moka Efti sites were destroyed in 1943.
‘Tip of the Week’ is a weekly insight to some of the things we like.