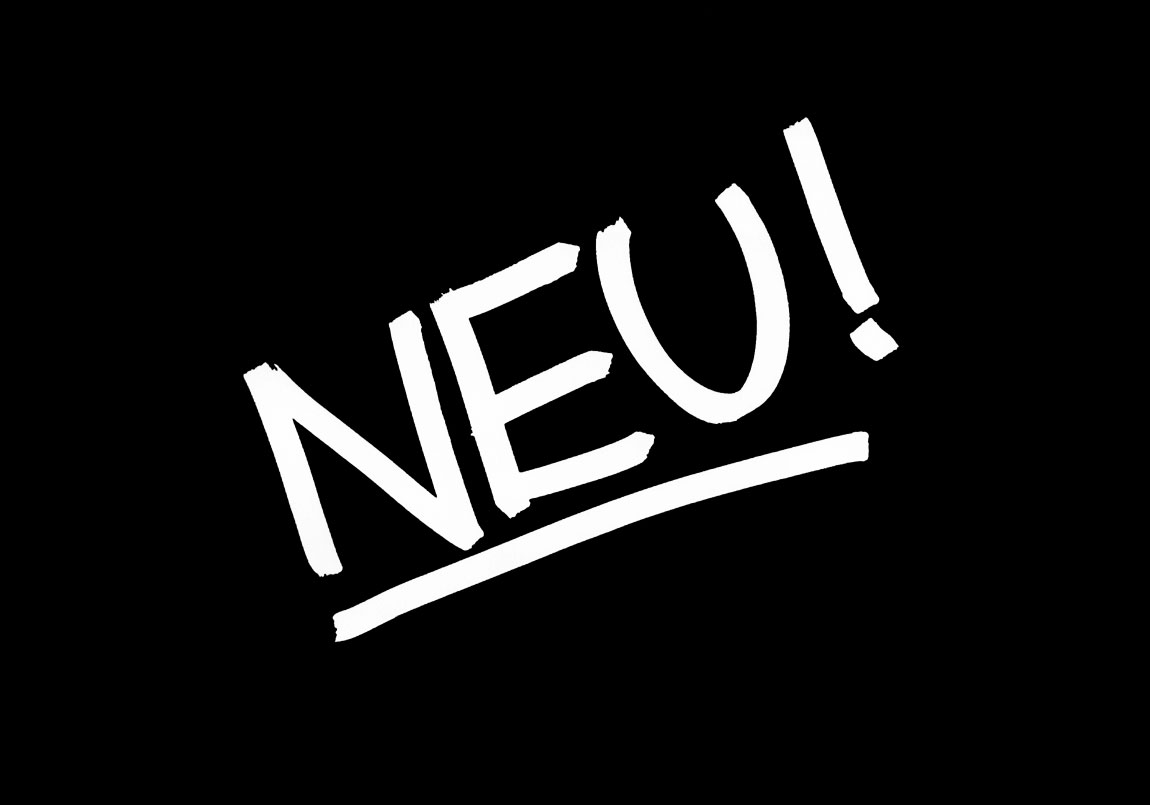 Neu! was a German group that was part of the Krautrock (a kind of experimental rock) movement in the 1970s, along with other legendary groups such as Can and Faust. Its two members came from Kraftwerk. Their minimalist and atmospheric rock is unclassifiable: 10-minute long tracks with only guitar and drums and without vocals. A sober corporate identity for its series of albums laconically titled Neu1, Neu2, Neu3 and Neu4 has helped to turn them into a cult group.