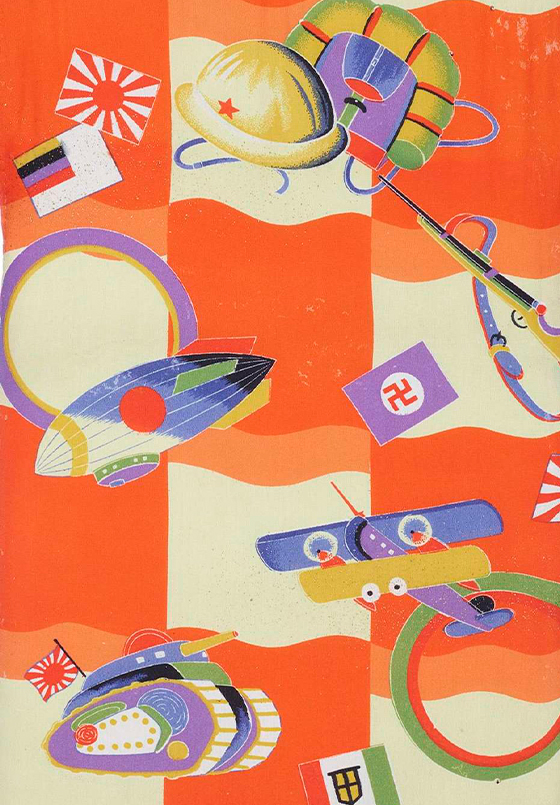 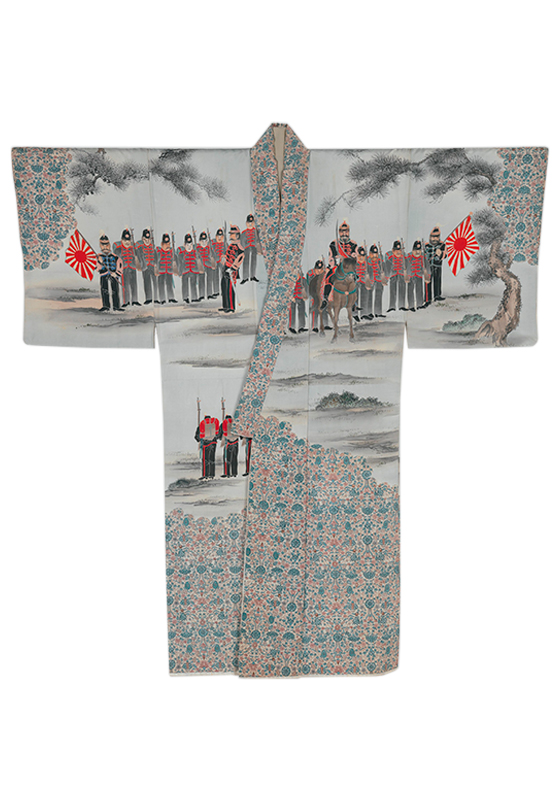 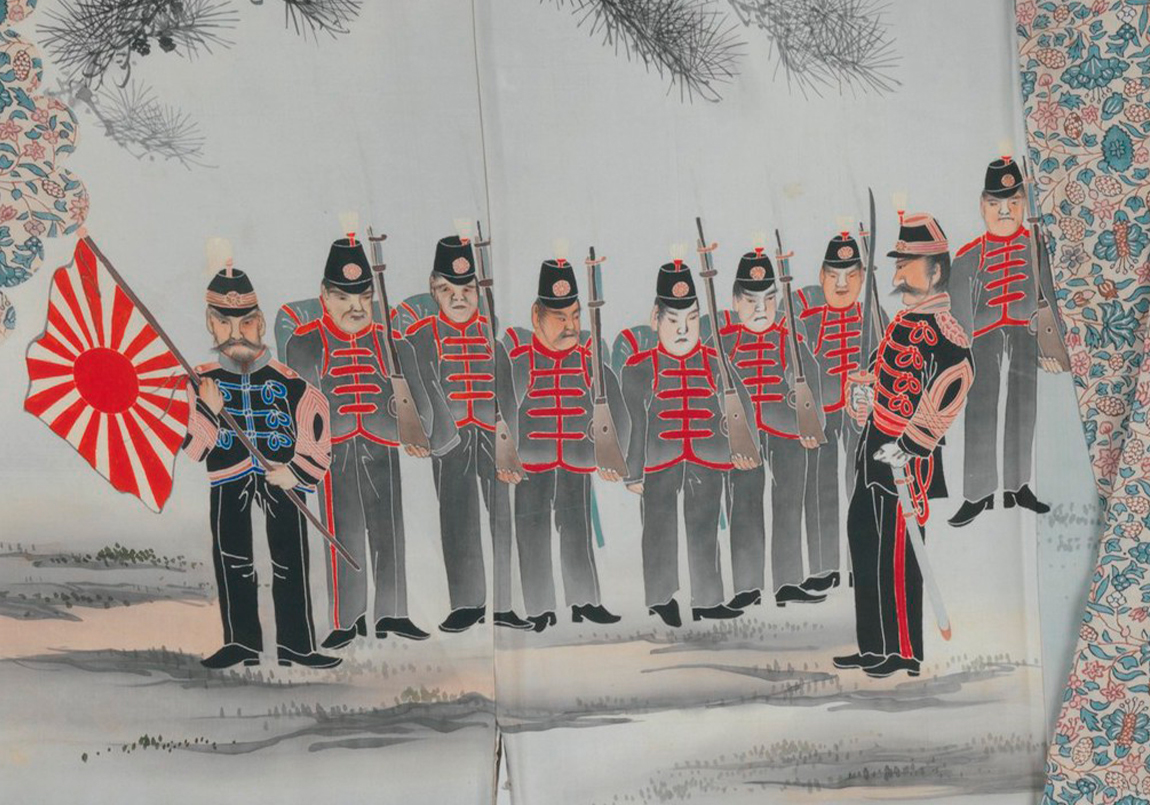 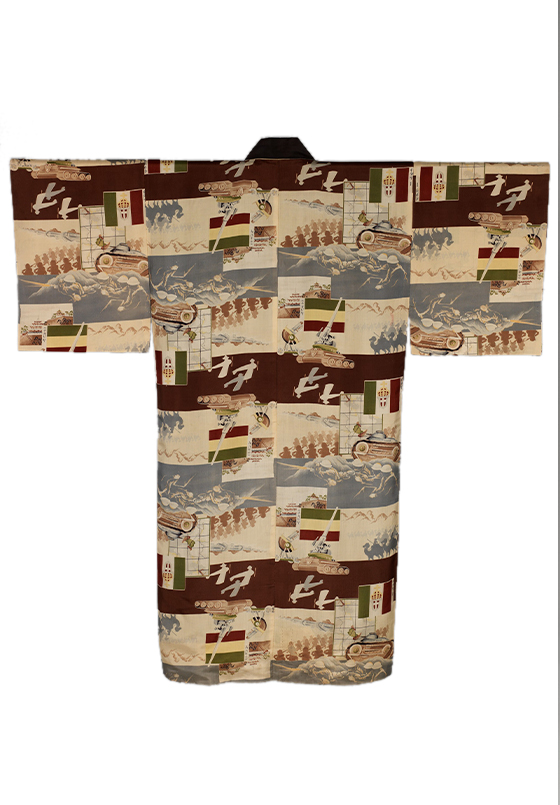 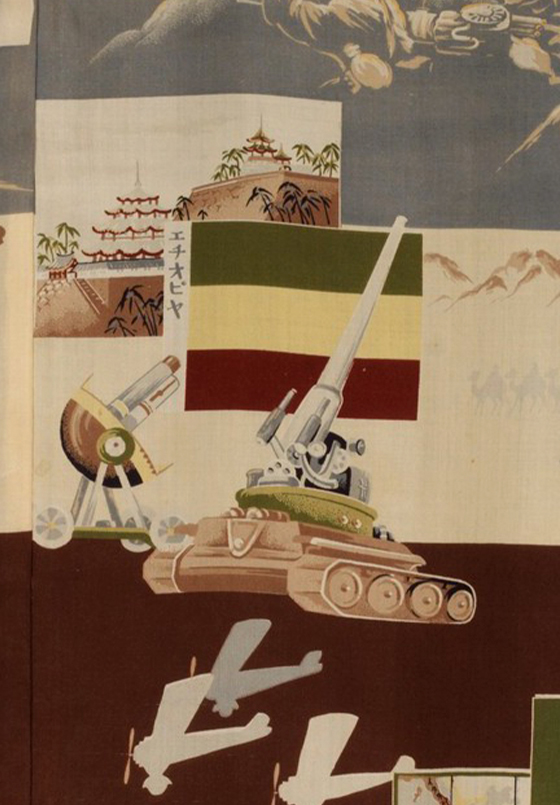 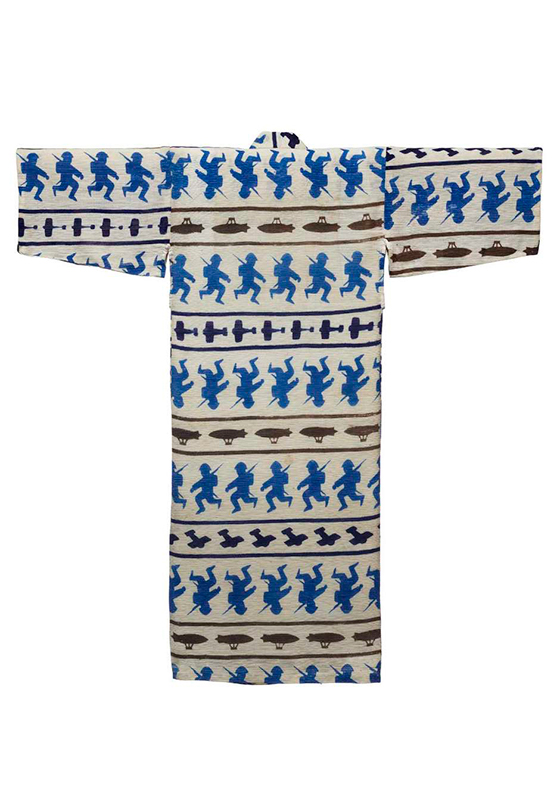 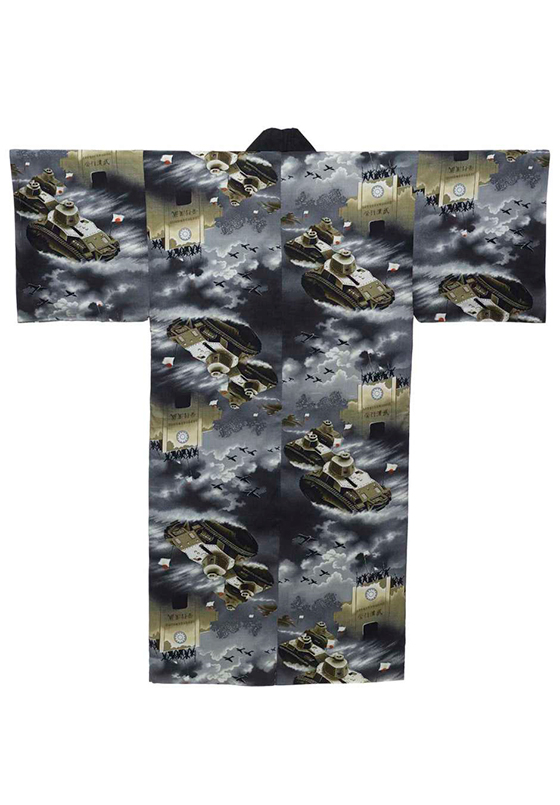 Omoshirogara (面白柄), literally interesting, kimono designs became popular in Japan in the first half of the 20th century. Originally the garments displayed scenes of modern popular culture, but eventually evolved into an element of war propaganda. Following the imperialist ascent of the country, military motifs such as planes, soldiers or machinery appeared, transforming the traditional Japanese dress into a public nationalist statement.