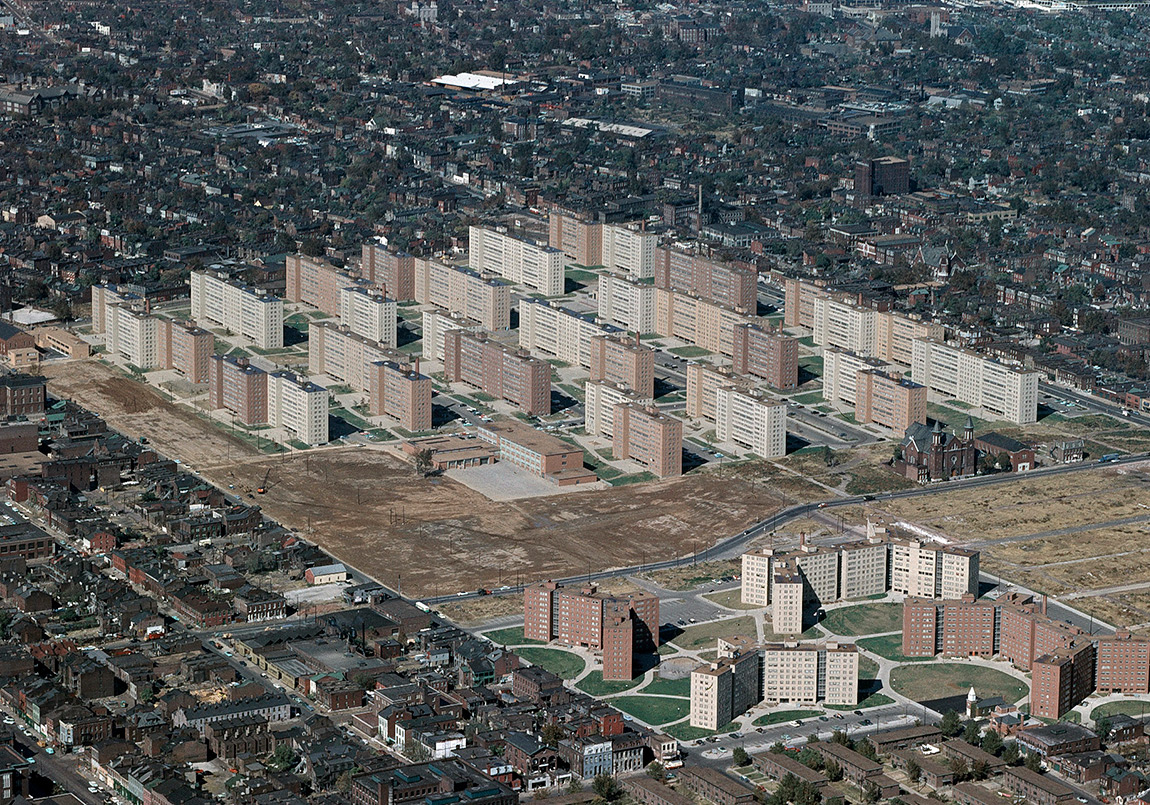 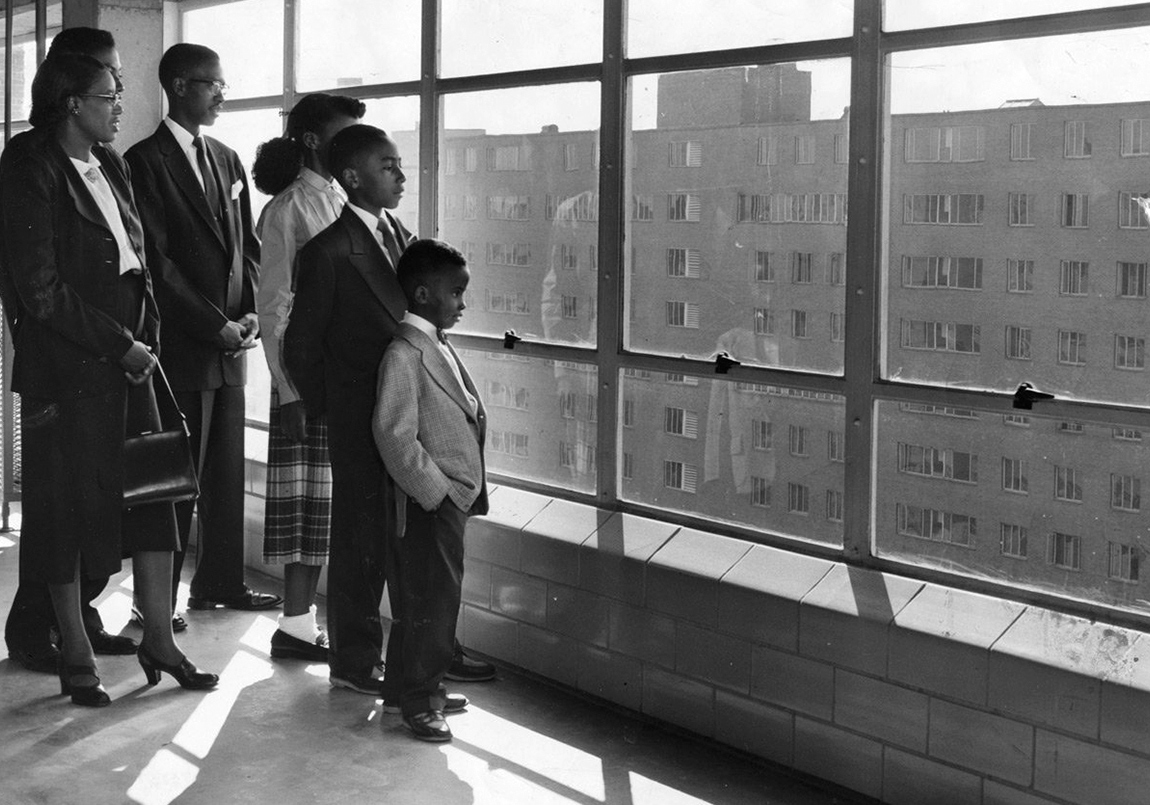 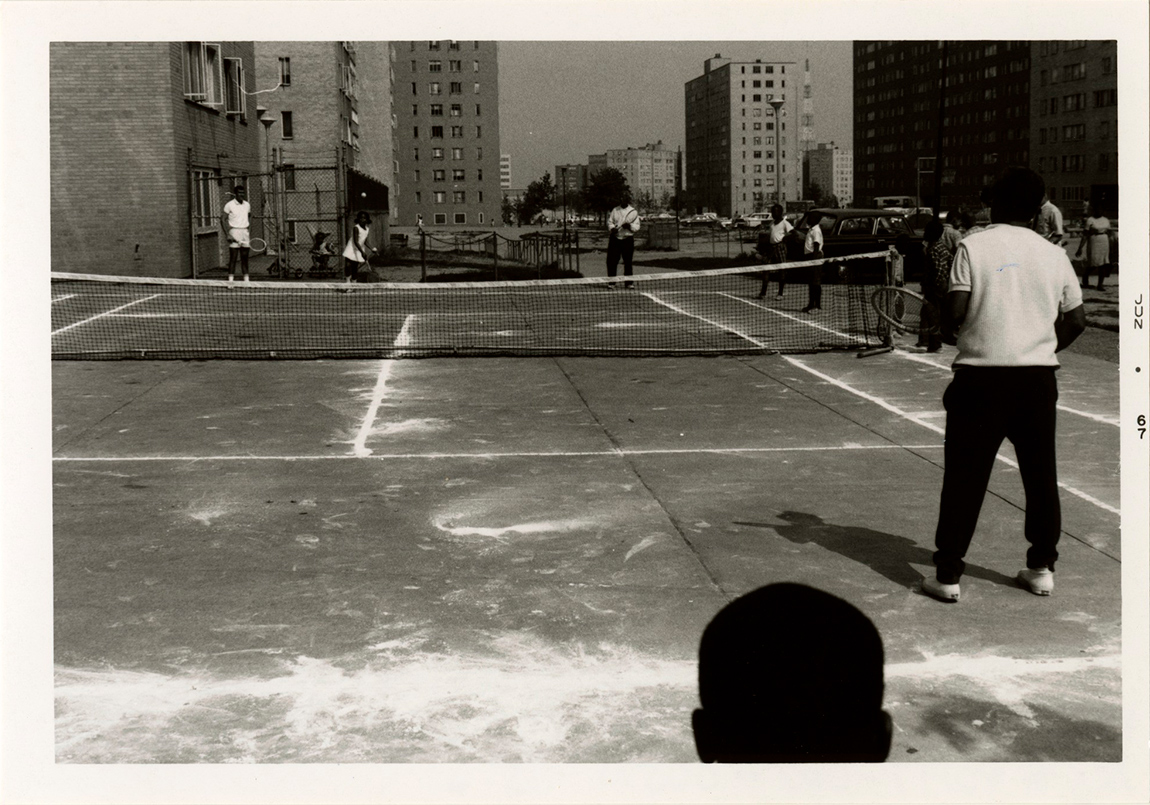 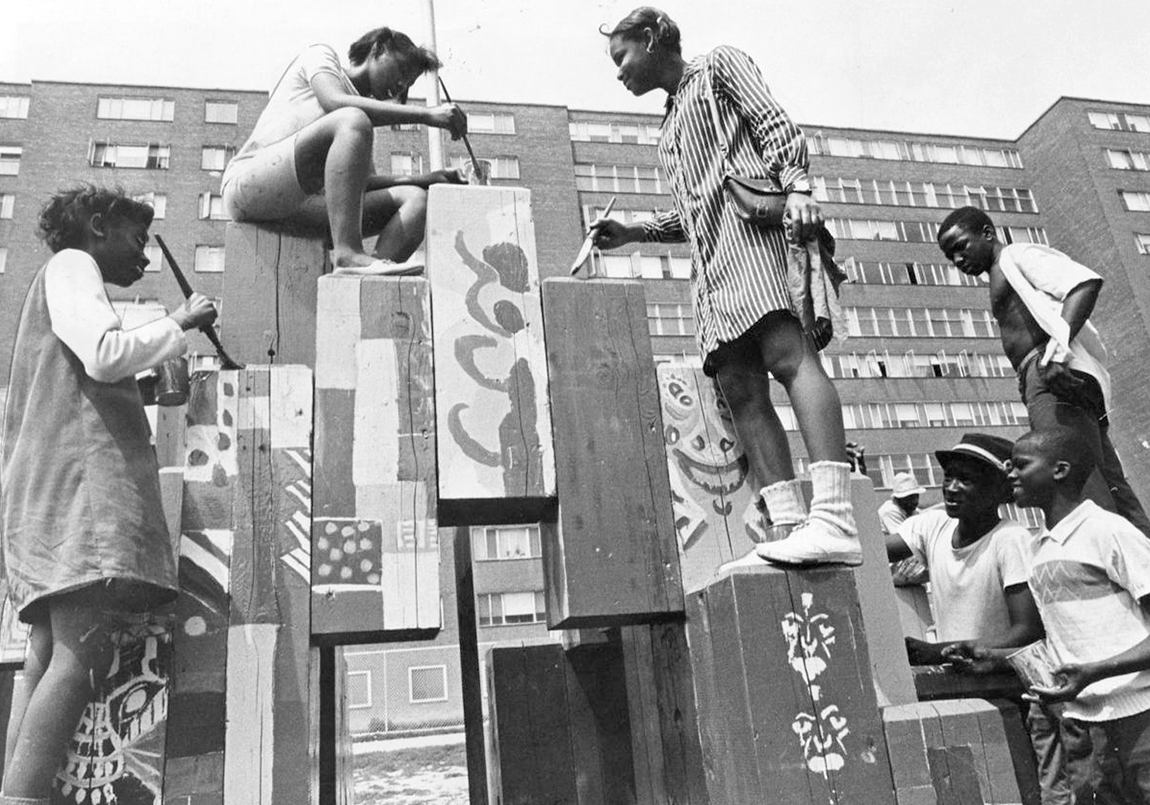 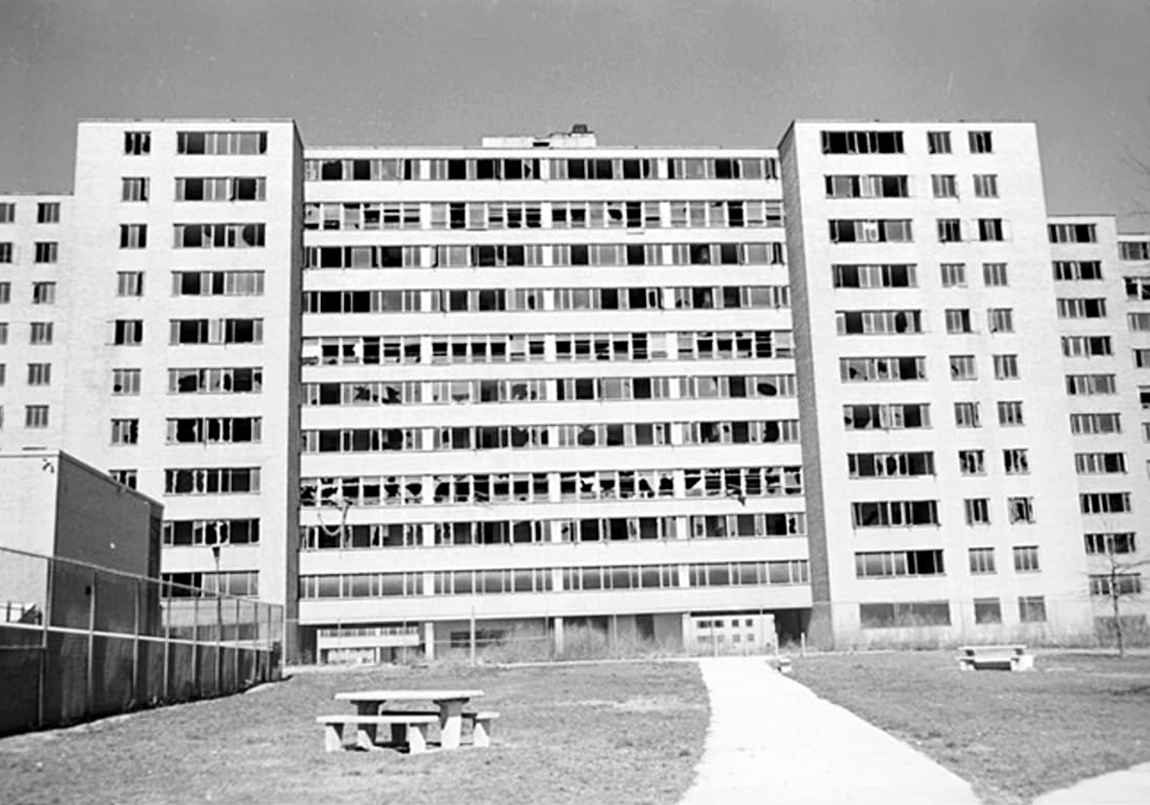 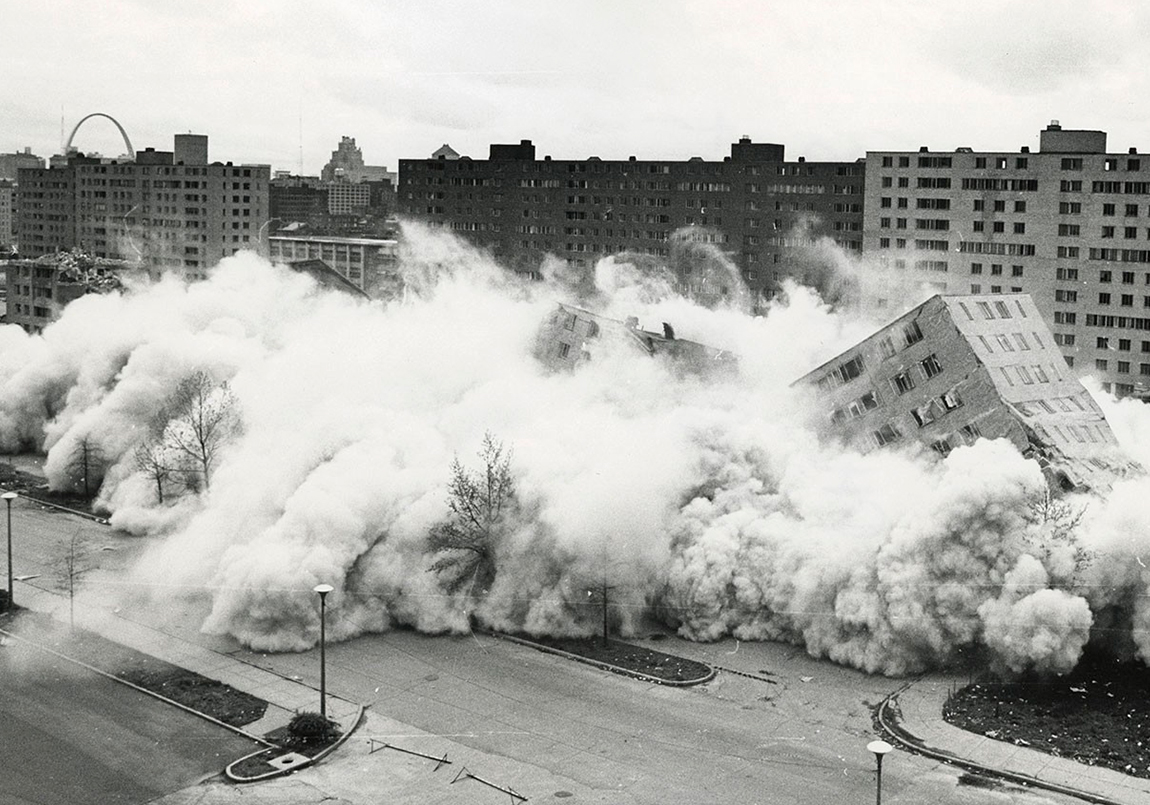 Pruitt-Igoe was a social housing project in St. Louis, Missouri built in 1955. It was designed by the architect Minoru Yamasaki and is an example of failed urban renewing in the era of the high modernism movement. Soon after being completed, it became infamous for its poverty, crime and racial segregation. Planning errors soon led to higher rents, bad living conditions and general discontent among the residents, giving rise to vandalism and riots. Finally the complex was demolished in the 1970s.