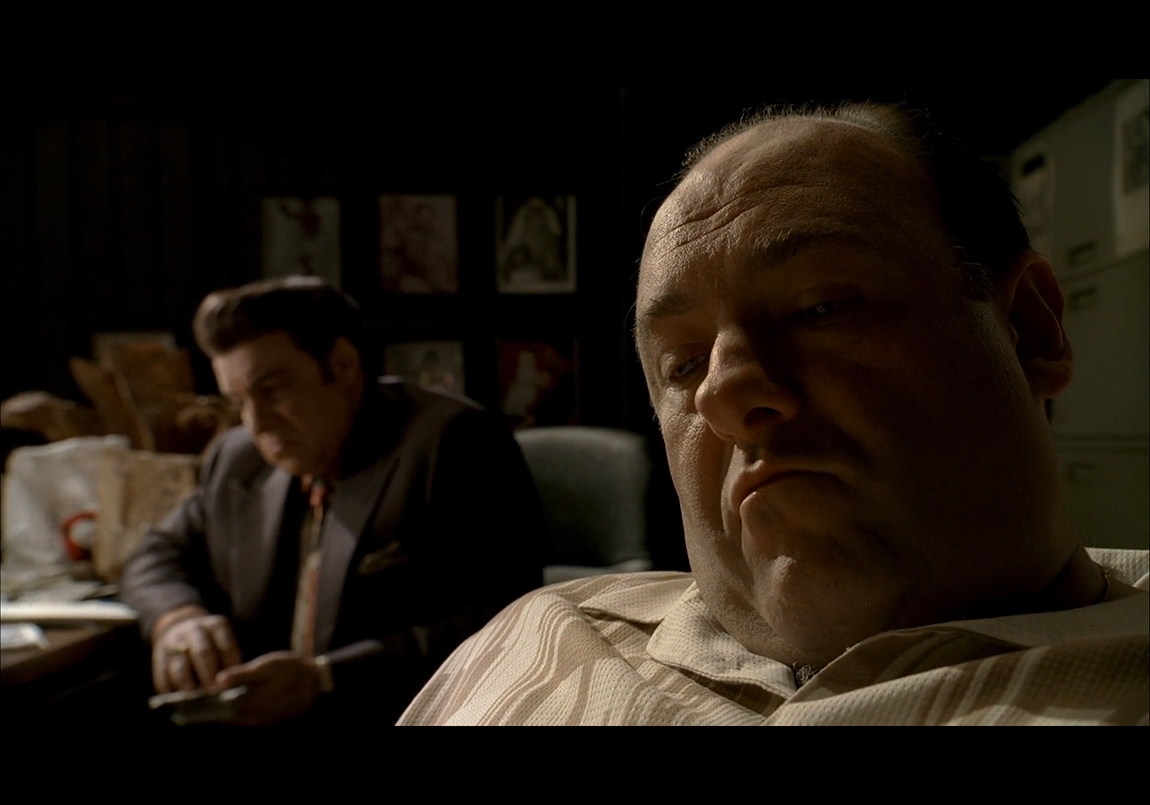 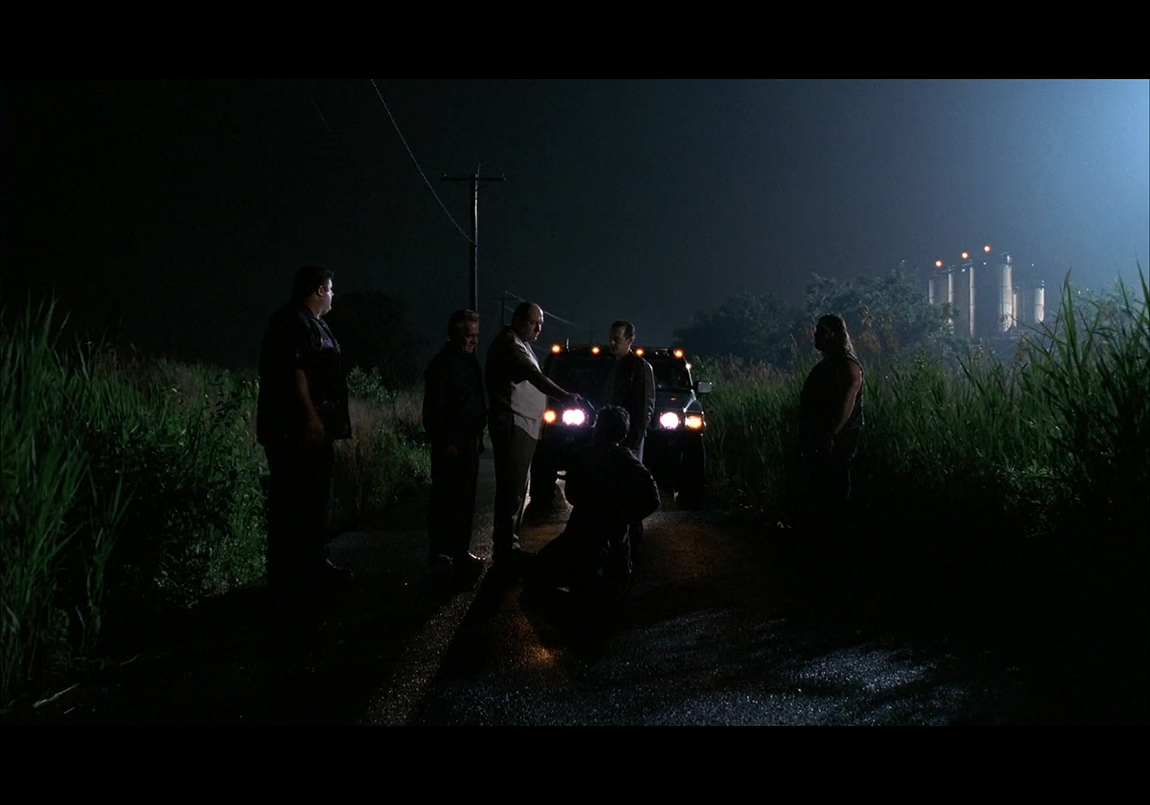 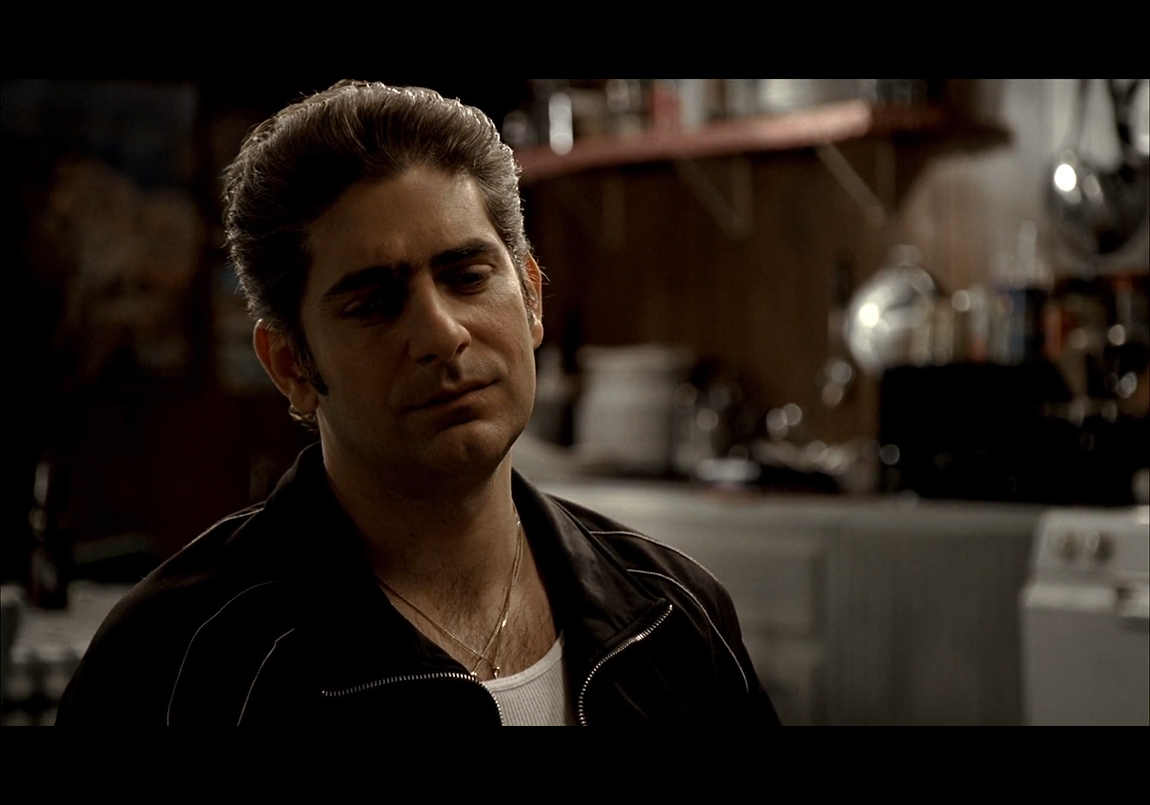 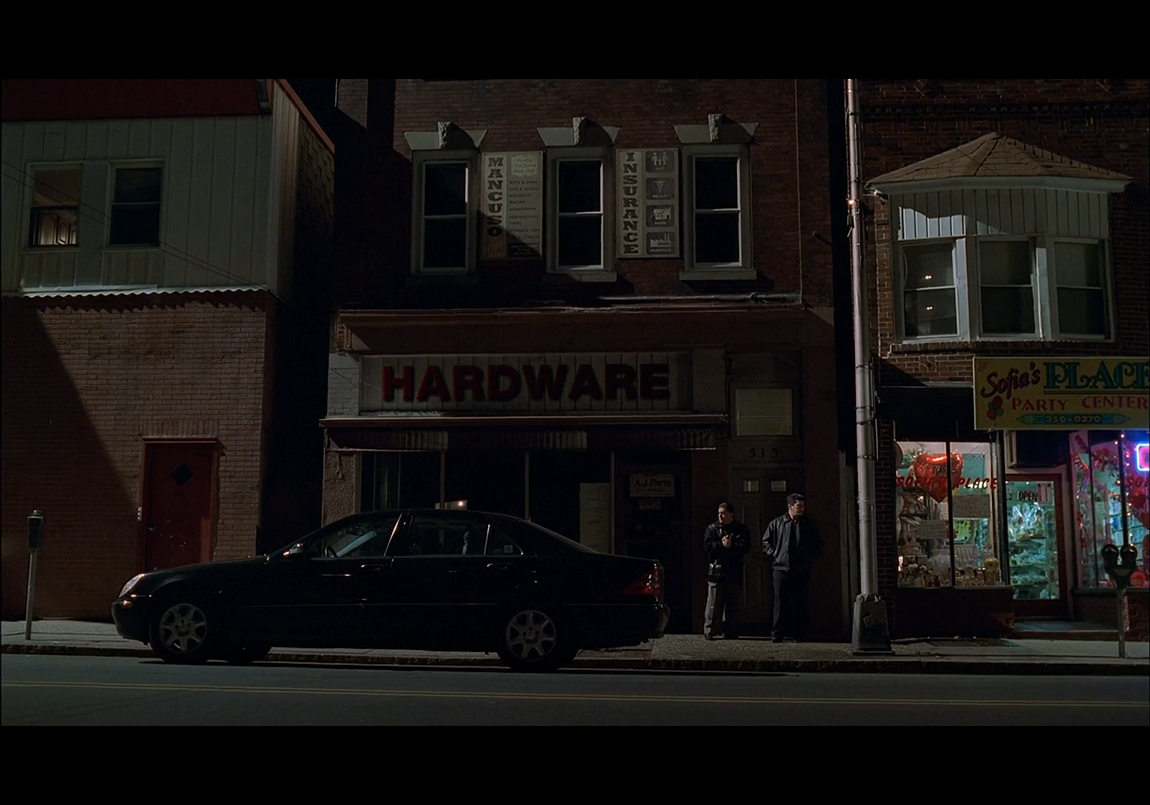 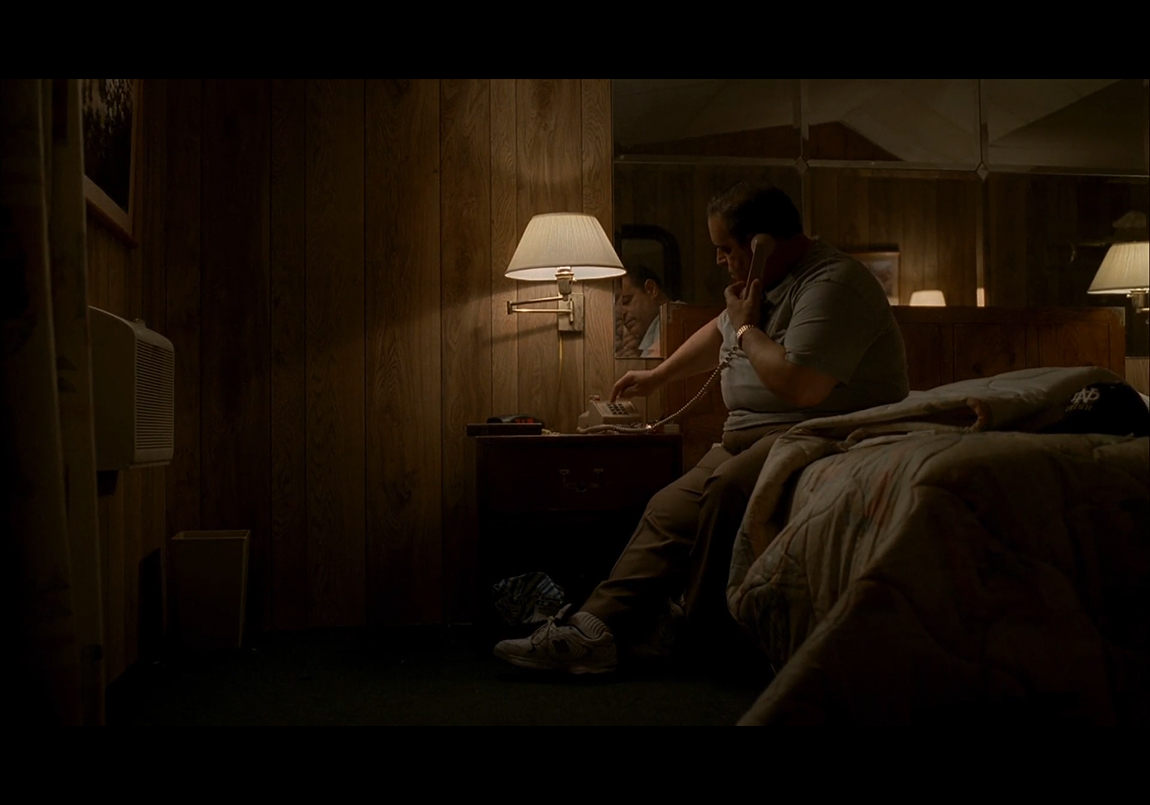 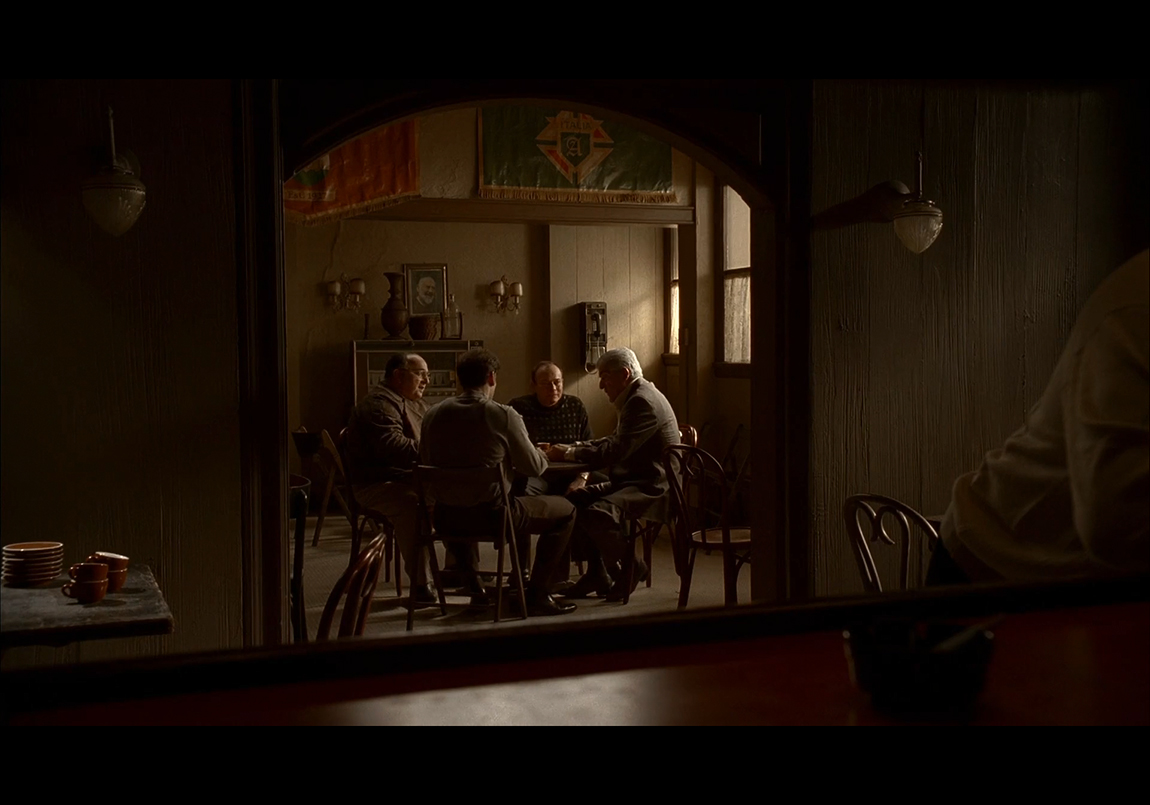 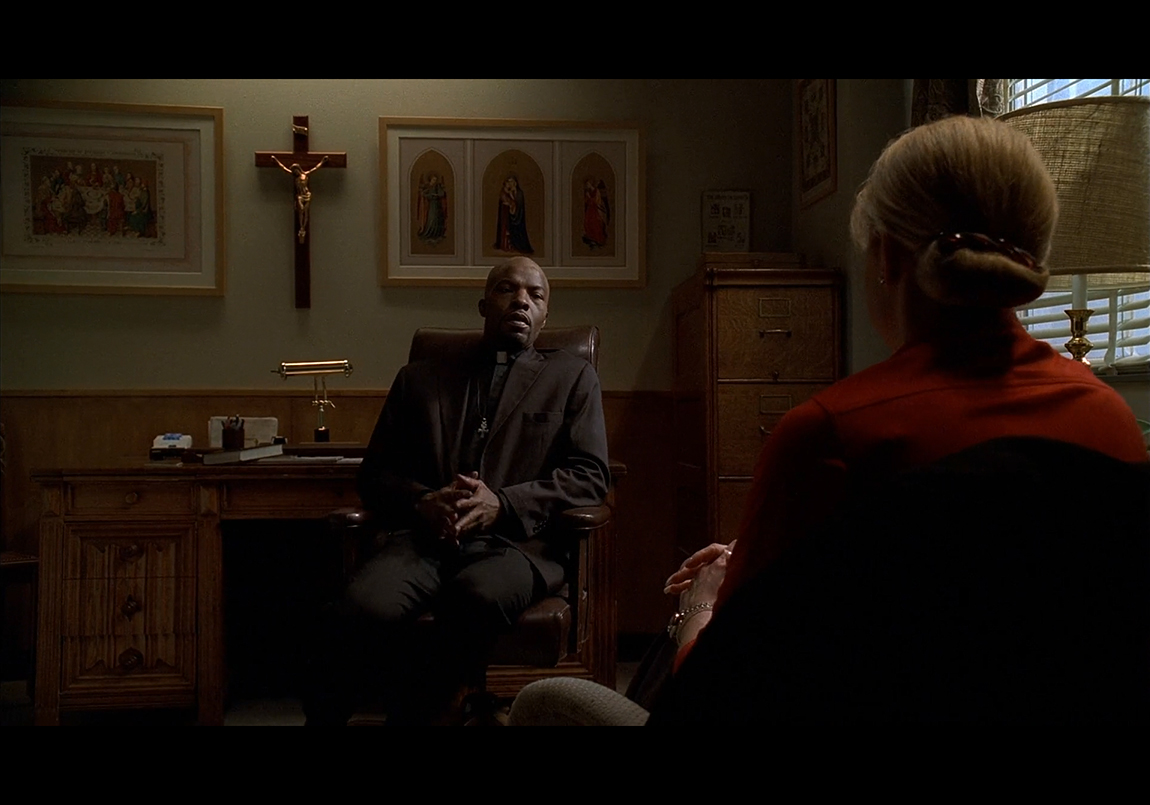 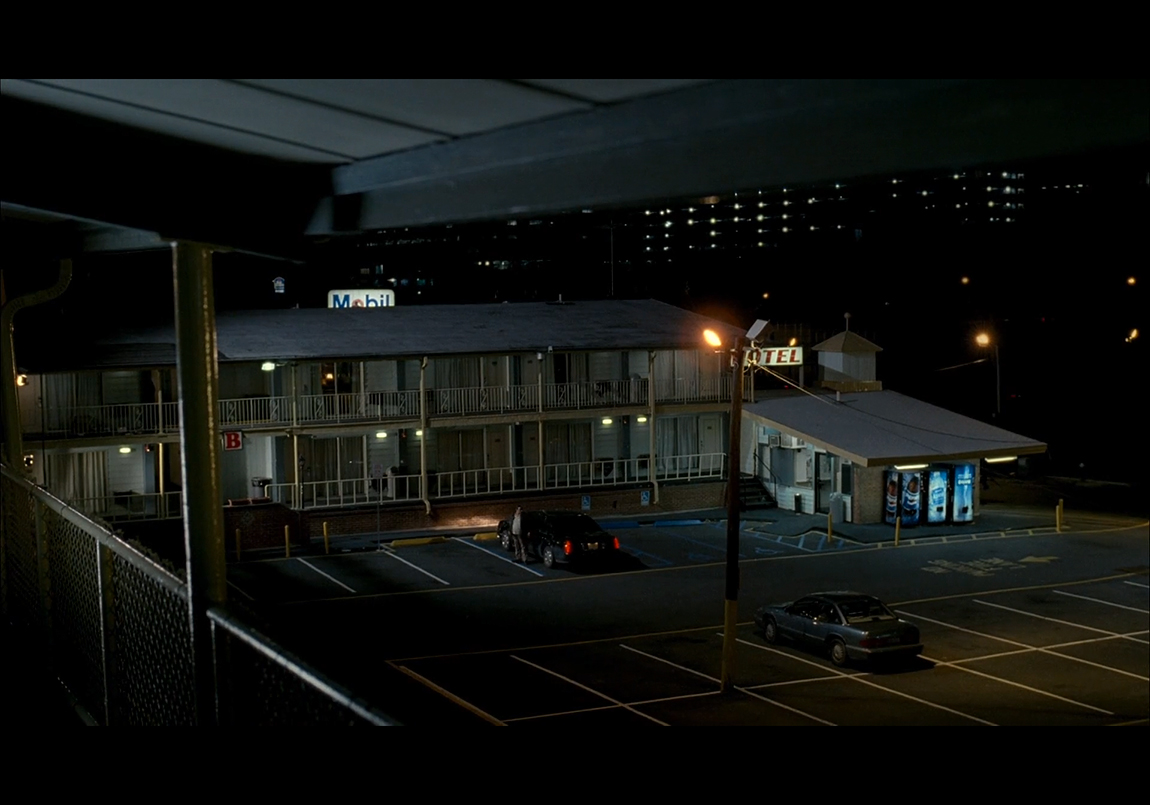 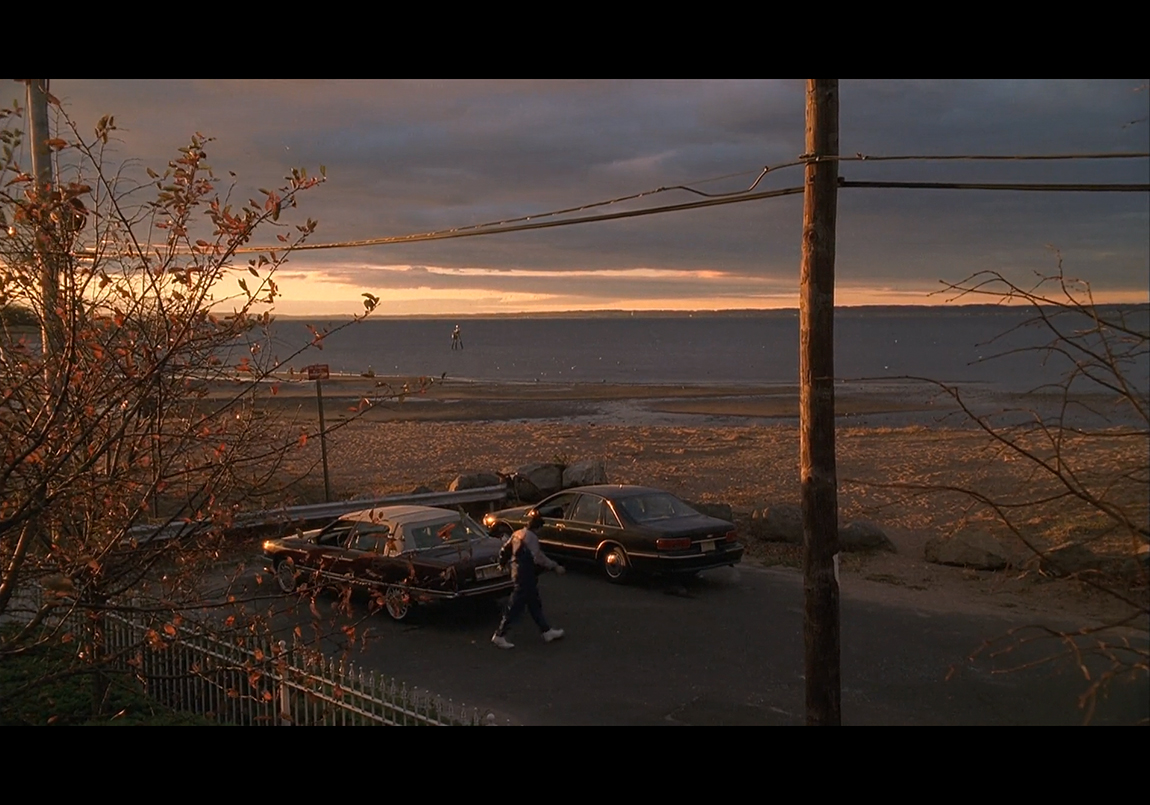 The extraordinary use of light and composition put the cinematography of The Sopranos over the top of most television shows in history. It was developed by Alik Sakharov at first and continued by Phil Abraham under the direction of David Chase between 1997 and 2007. Heir of American cinematic gangster traditions (Goodfellas, The Godfather), it can also be related with Twin Peaks or even Fellini’s work. In addition, it’s formal resemblance with Renaissance’s chiaroscuro can be read as a part of the relationship between Italian Americans and the origins of their culture. Masterful.