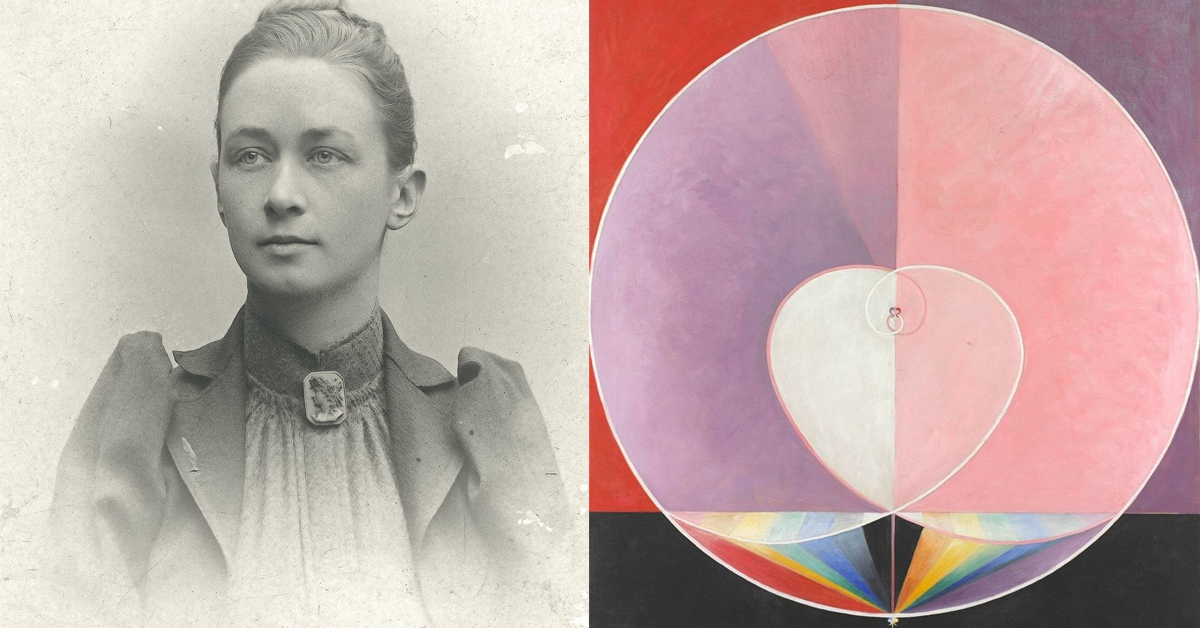 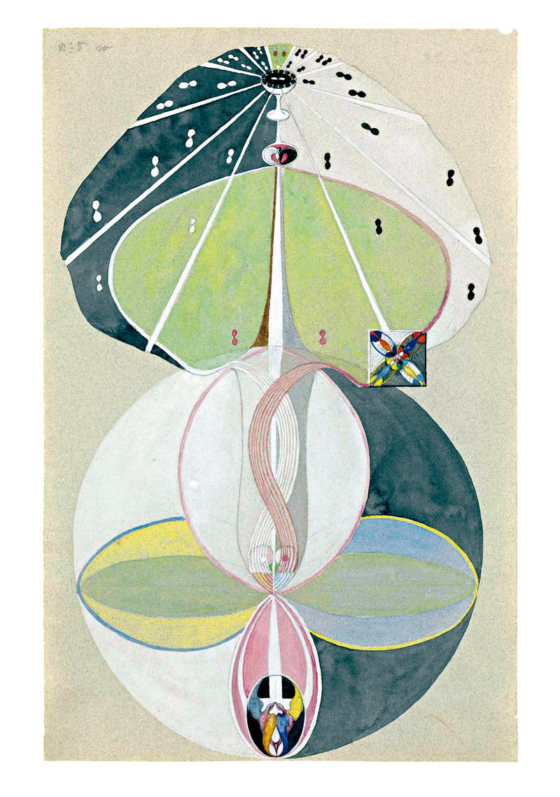 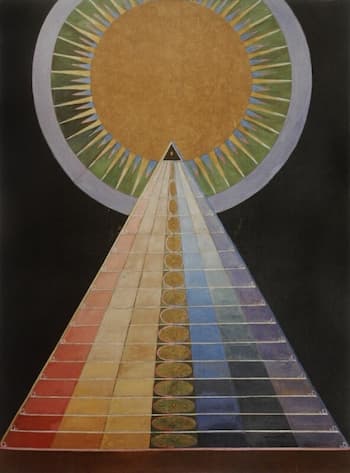 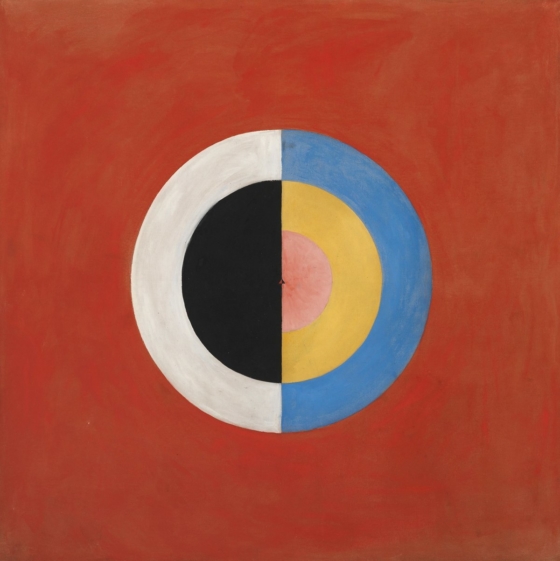 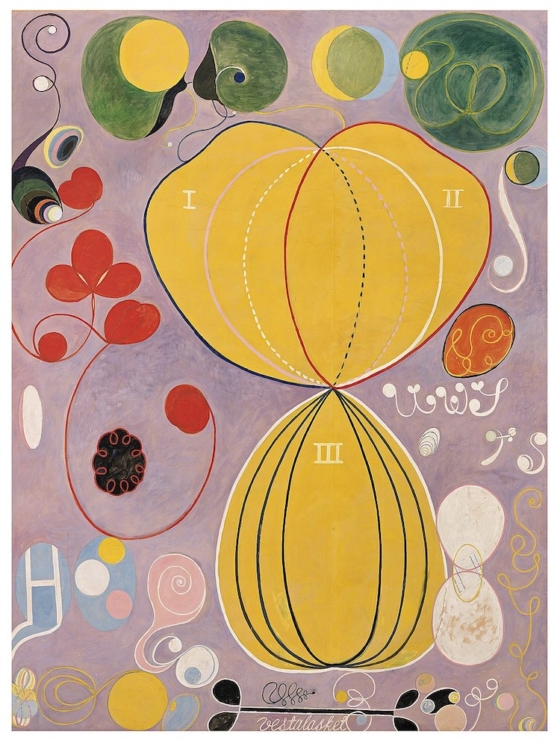 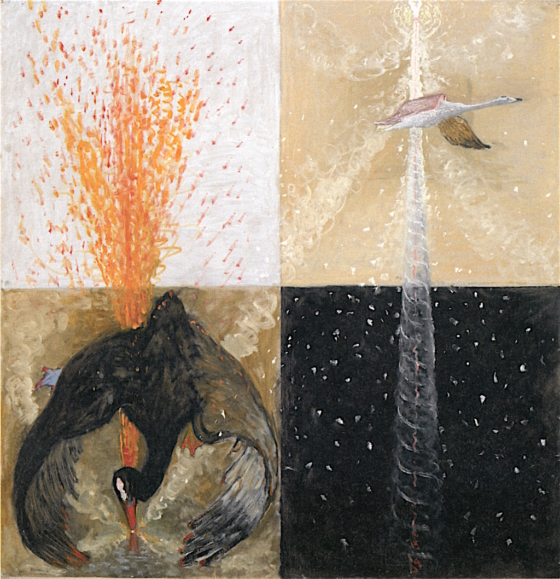 Hilma af Klint (1862-1944) was a Swedish artist, considered by many to be the pioneer of abstract art.

She was a radical innovator of a type of art that turned its back on visible reality and tried to model the invisible.

The themes she dealt with were metaphysical aspects, such as duality – matter and spirit, the feminine and the masculine – the totality of the cosmos, the origin of the world, etc.

Her works were the product of esoteric experiences, such as trance states in which she created automatic drawings dictated by the afterlife.

Af Klint left instructions in her will that her work should not be shown to the public until 20 years after her death. She believed that only then it could be appreciated yet understood.