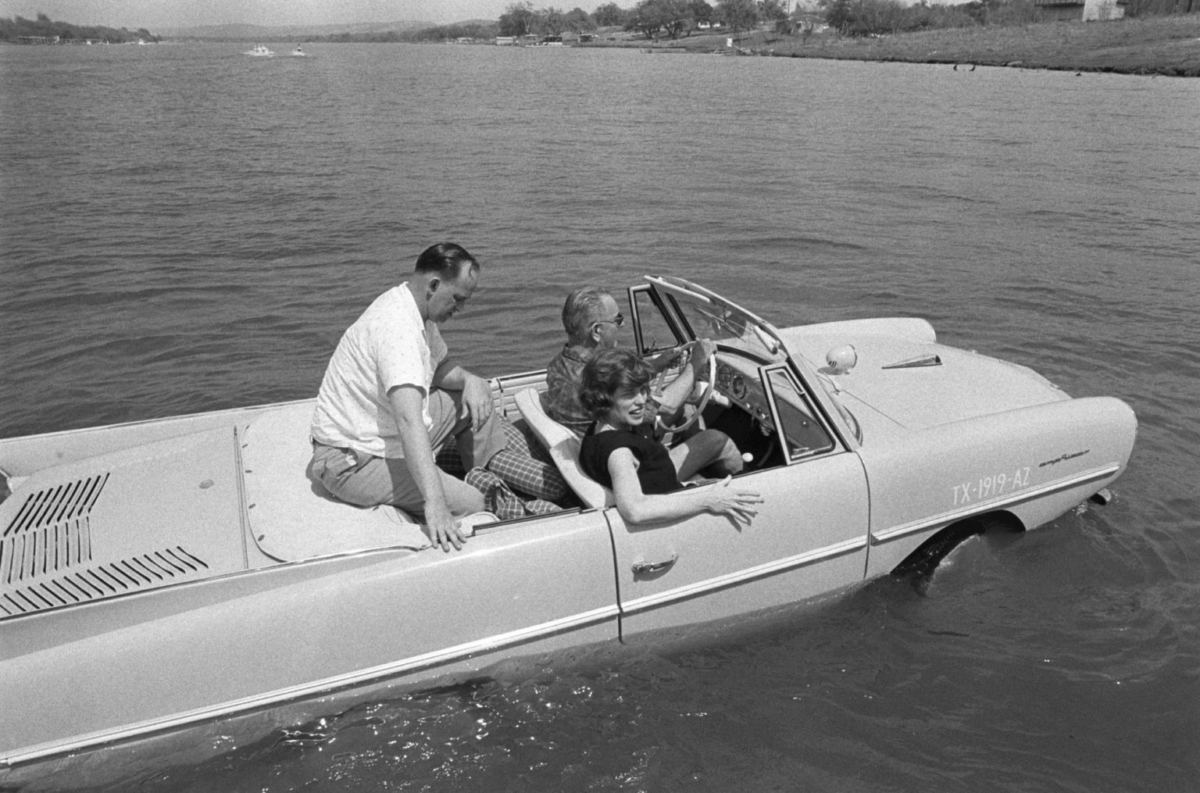 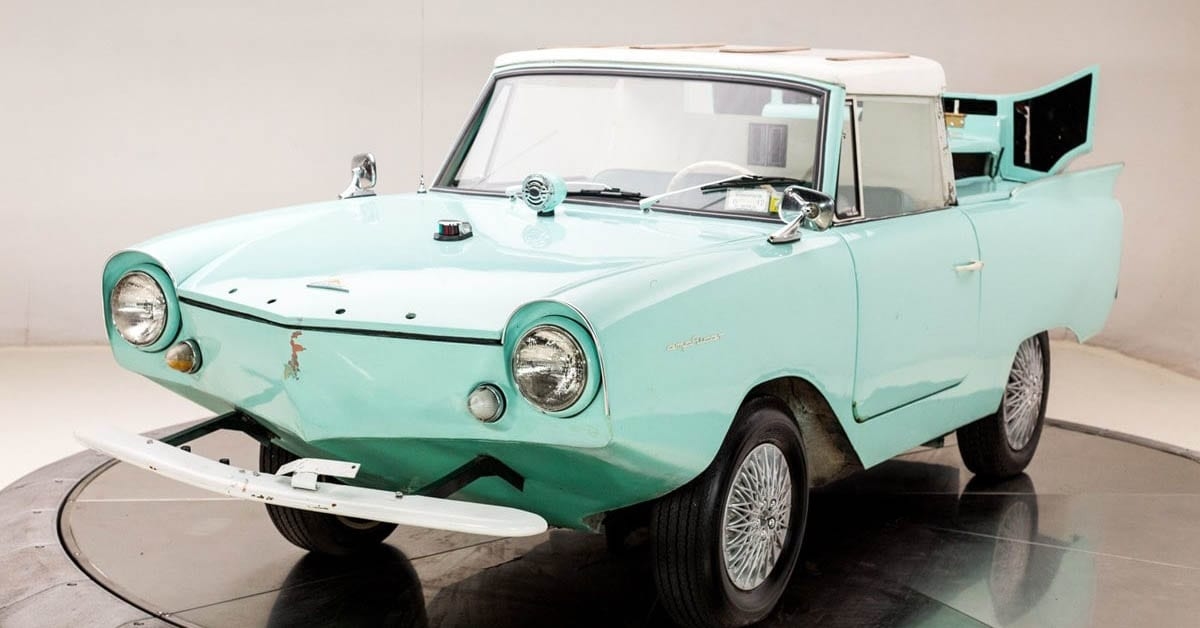 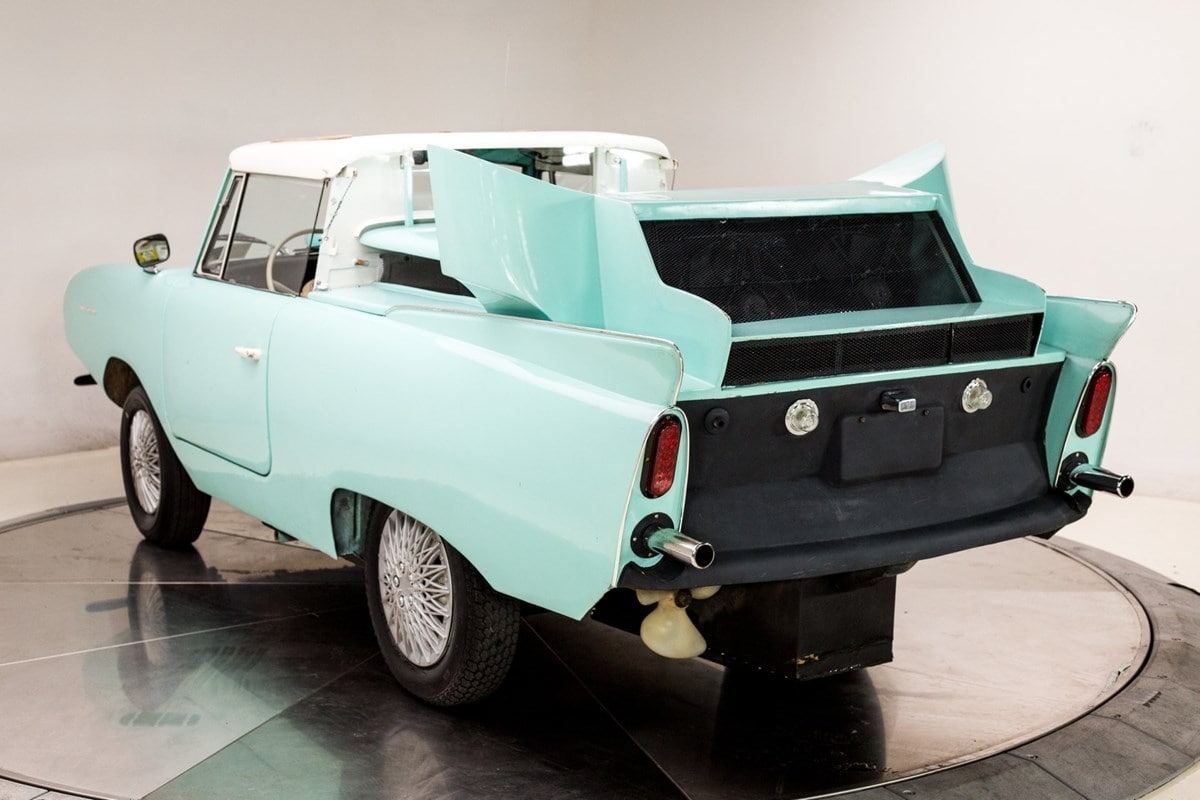 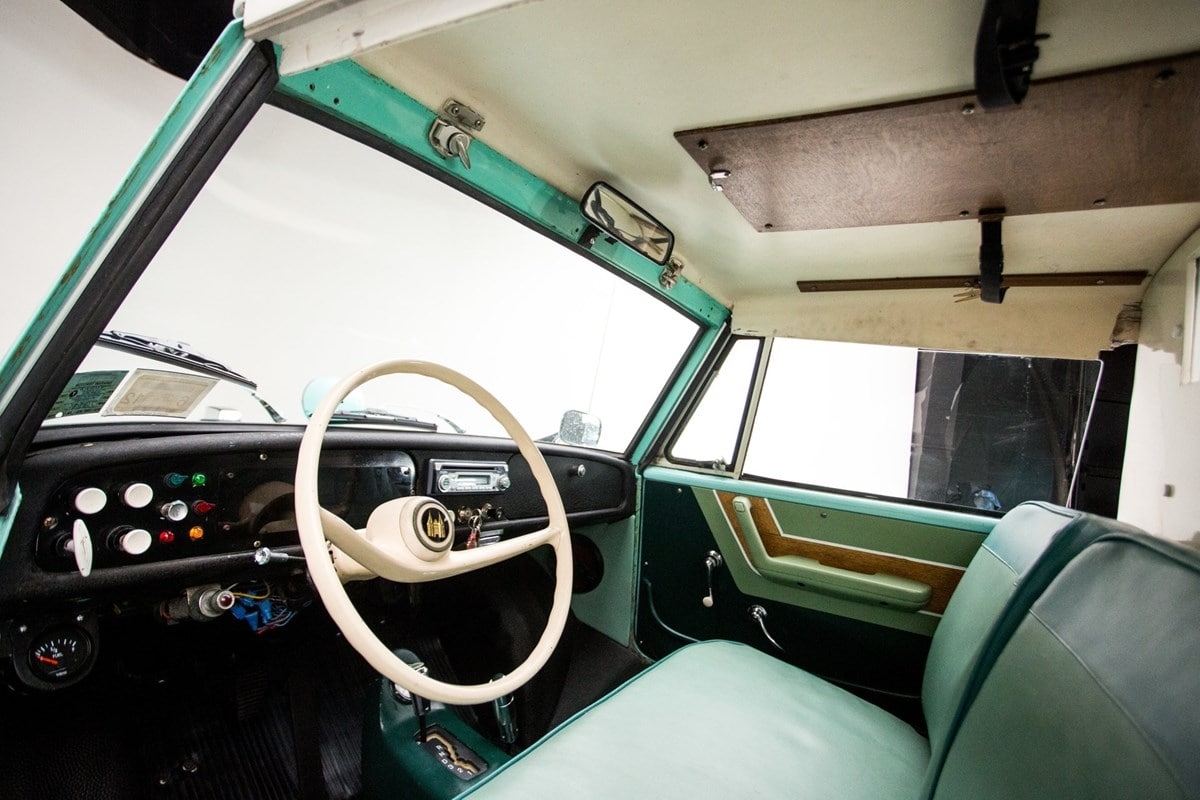 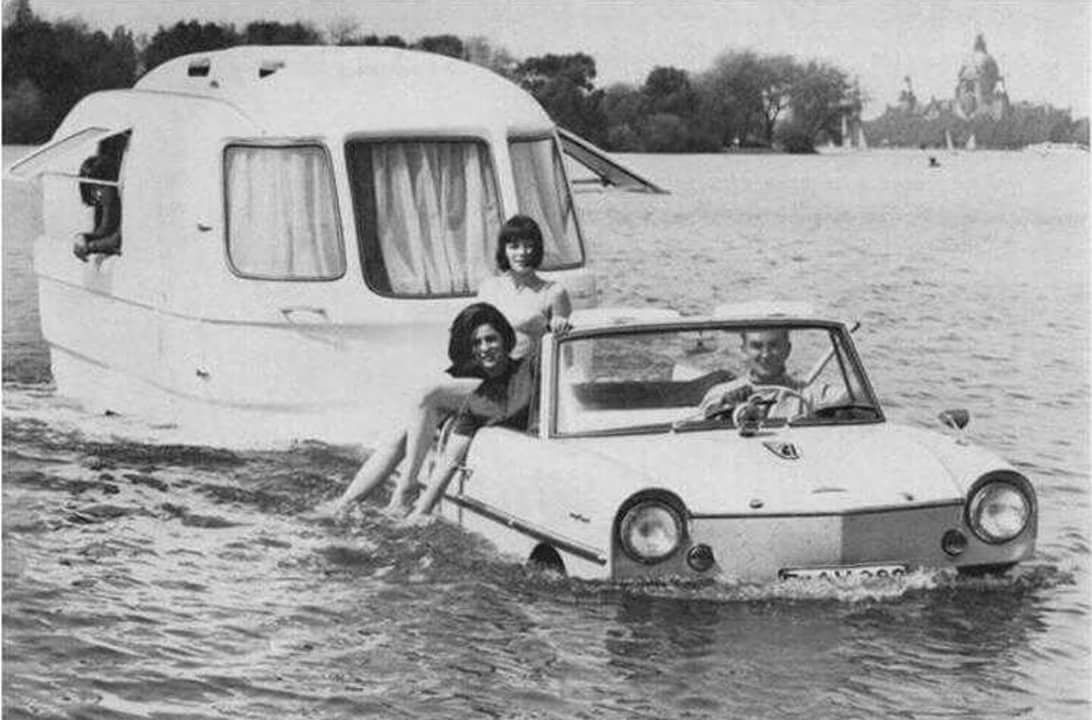 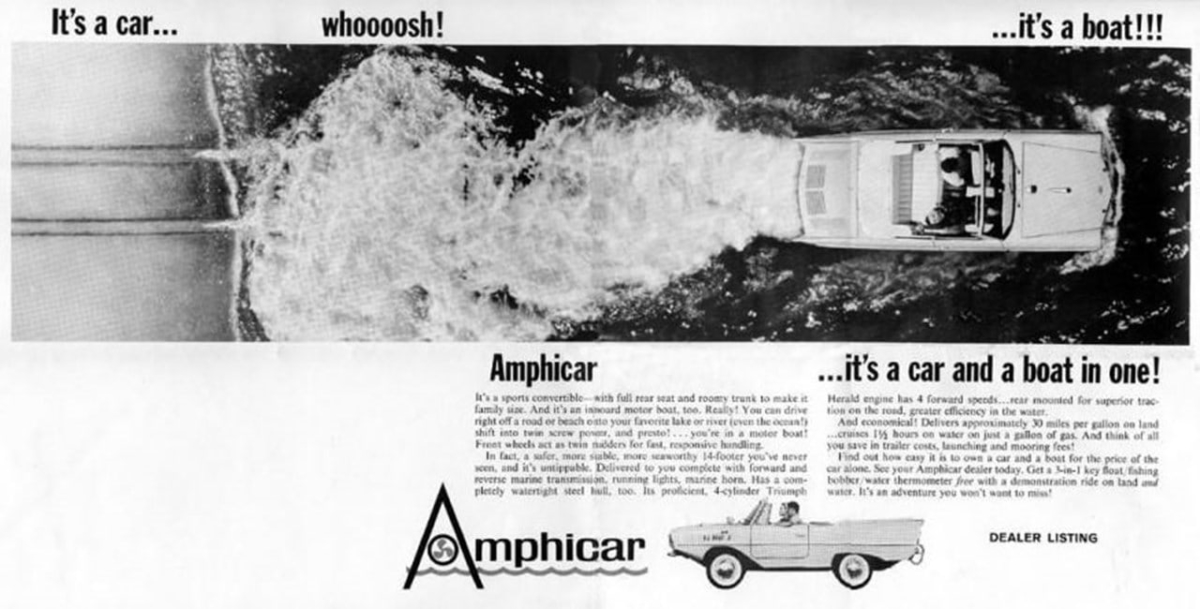 As it’s own namesays the amphicarwas a half boat halfcar design by Hans Trippel in 1960.

It is a revisited version of Volkswagen Schimmwagen,used during WW II.

Amphicar 770 has a steel cabriolet body and four wheels.

Its propulsion was through two propellers mounted under the rear bumper.

3.878 examples, were manufacturedin Germany and sold in the USA.Popular among civilians but alsoused for rescueservices. Fun Fact: President Lyndon had one.