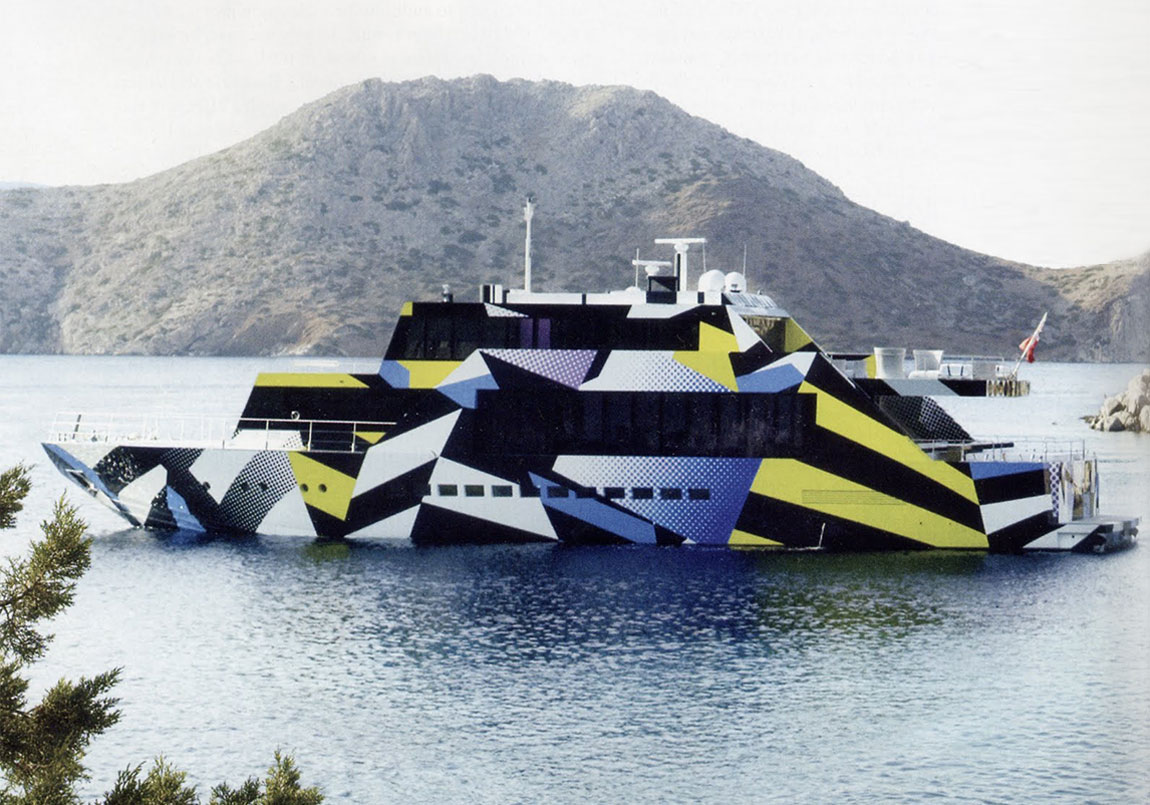 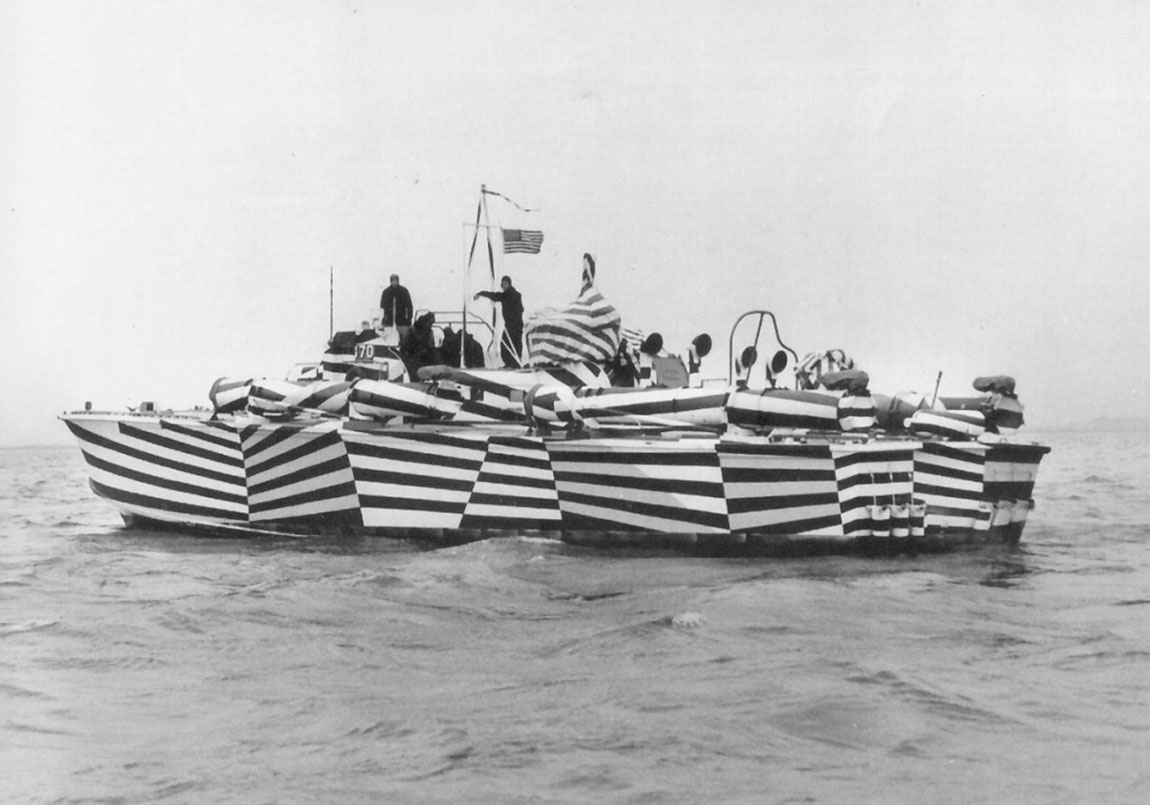 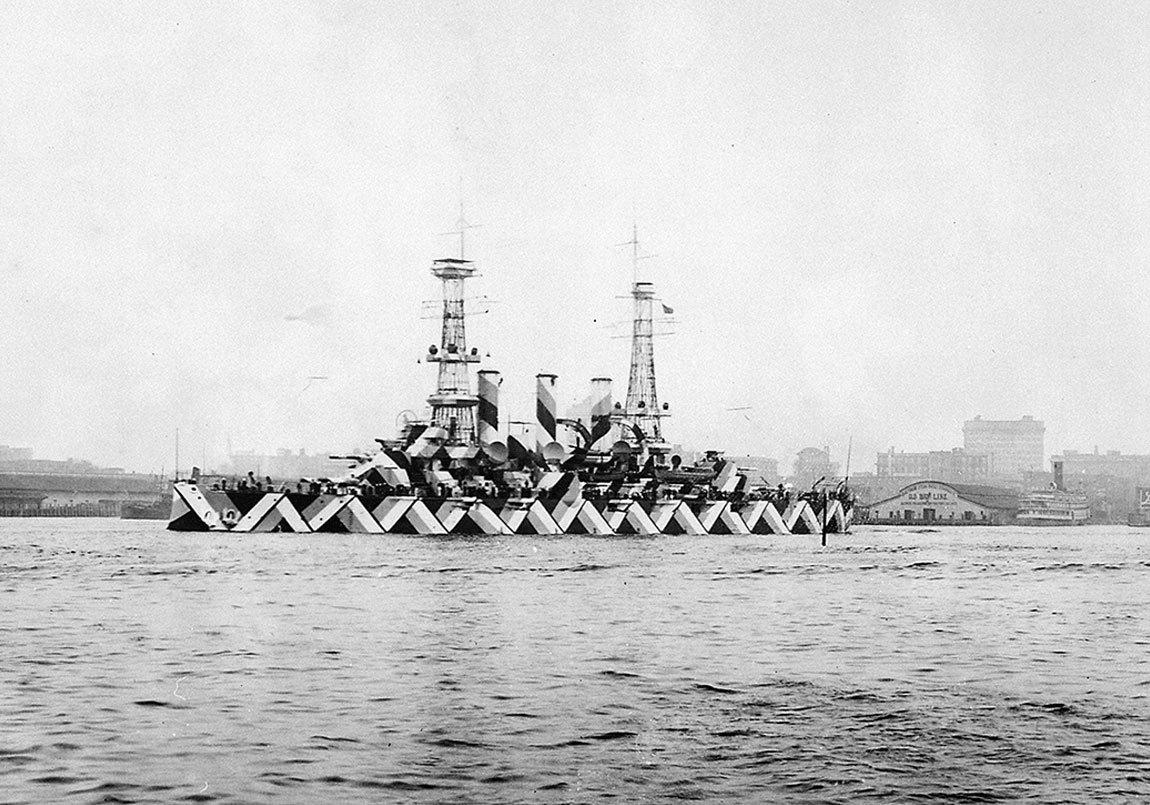 Dazzle camouflage was created during World War I by British marina artist Norman Wilkinson. It consists of a series of patterns juxtaposed so that radars could not calculate ships’ exact position, nor their speed or direction, and thus would make mistakes when firing. Each boat had a unique design so that their parameters could not be learned. The result is artistically striking: it has been reused in fashion design, and influenced artists such as Picasso who even claimed that it was a Cubist invention.